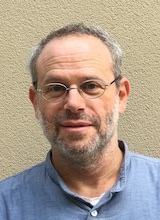 Seismology with your Ears: Listening to Patterns in Tectonic, Volcanic and Human-induced Earthquakes

Ben Holtzman is a geophysicist at the Lamont Doherty Earth Observatory of Columbia University in New York. He studies the mechanical behavior of rocks applied to problems such as how magma migrates through the planet’s interior, how seismic waves propagate, and how earthquakes occur. He also works on “deep geothermal heat mining” – finding new ways to access the Earth’s internal heat to generate electricity without producing greenhouse gases. Ben is the founder of the Seismic Sound Lab (www.seismicsoundlab.org), developed the SeismoDome program at the Hayden Planetarium in New York City, and is Scientist-in-Residence at the Computer Music Center at Columbia University. He studied Geology as an undergraduate at Brown University, received his Ph.D. in Geophysics at the University of Minnesota, and has worked at Lamont since 2004.

Every earthquake emits seismic waves that spread from the ruptured part of a fault. We use these waves to locate and study the earthquake, and also to build an image of the Earth’s interior. Over time, we accumulate “catalogs” of past earthquakes. Listening to seismic data by “speeding up” the waves to shifting them into our audible range, a process called sonification, can help us perceive patterns in data that could otherwise be missed. In this presentation, I will weave together many short movies – animations with sonified seismic waves – to demonstrate the rich and complex patterns of natural tectonic and volcanic earthquakes and then contrast them to patterns of human-induced earthquakes. California earthquakes convey a sense of the nearly constant, but random, seismic activity of an active tectonic fault. Earthquakes associated with volcanic eruptions have a very different variety of sounds and patterns. We will compare the incredible sequence of earthquakes in Kīlauea, Hawai‘i during its 2018 eruption and contrast these with other eruptions. Finally, we will look at human-induced earthquakes associated with energy production. Listening to the differences between human-induced and tectonic earthquakes raises many important societal questions. In Oklahoma, a dramatic rise in earthquake occurrences were caused by injection of wastewater from shale gas extraction. In contrast, the extraction of geothermal energy, a CO2-free resource, also produces earthquakes but with minimal risk of groundwater contamination. All energy production comes with costs and risks to society, but how do we define and focus our concerns on the most critical ones? De-mystifying earthquake patterns through sonification can help in that direction. 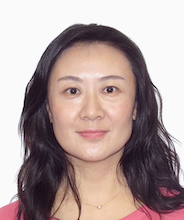 The 2018 Kīlauea Volcano Eruption: Expected or a Surprise and What Have We Learned?

Guoqing Lin is a Professor at the University of Miami. Her science portfolio encompasses themes from tectonic and subduction zone earthquakes, to volcano seismology and induced seismicity. Her research interests include high-precision earthquake relocation, seismic imaging, stress fields near faults, and structural properties at depth where earthquakes originate. She received her B.S. from Peking University, China, and Ph.D. degree from Scripps Institution of Oceanography, University of California, San Diego. Prior to her current position, she was a post-doctoral researcher at the University of Wisconsin-Madison. View Guoqing’s website.

Kīlauea volcano in Hawai‘i is one of the most active volcanoes in the world. The U.S. Geological Survey Hawaiian Volcano Observatory (HVO) operates an extensive seismic network to monitor and investigate hazards from active volcanoes and earthquakes on the Island of Hawai‘i. Seismic investigations have considerable potential for addressing key issues regarding the evolution of volcanic and tectonic activity in Hawai‘i. Specifically, what is the relationship between crustal stress changes and past and future seismic and volcanic events? To what extent are stress changes explained by known events and how predictive are they of future events? In 2018, Kīlauea experienced its largest Lower East Rift Zone eruption and caldera collapse in the past 200 years. This activity provided an unprecedented opportunity for seismologists to investigate the interactions between seismic and magmatic processes and for the general community to learn how seismologists use earthquake data to monitor volcanoes. In this talk, I will present the seismic activity in Kīlauea based on the 33 years of HVO records and focus on the changes in earthquake distribution, seismic wave speeds, and stress field before and after the 2018 eruption. I will also review the geological setting and volcanic activity of Kīlauea volcano along with other volcanoes on the Big Island. 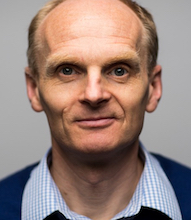 William Wilcock is the Jerome M. Paros Endowed Chair in Sensor Networks in the School of Oceanography at the University of Washington.  His research interests include using geophysical techniques to understand seafloor volcanoes and hydrothermal systems, developing new tools for seafloor geodesy at subduction zones, exploiting cabled seafloor observatories for scientific studies and earthquake and tsunami early warning, and studying baleen whales using opportunistic recordings by seafloor seismometers.  He holds a B.A. in Earth Sciences from Cambridge University, an M.Sc. in Exploration Geophysics from Imperial College, a Ph.D. in Marine Geology and Geophysics from the Massachusetts Institute of Technology / Woods Hole Oceanographic Institution Joint Program in Oceanography and was a postdoctoral scholar at the Scripps Institution of Oceanography at the University of California, San Diego.

Large whales are amongst the most captivating animals on Earth, but they are challenging to study because they are too big to hold in tanks, they spend most of their time underwater, and individuals can range over thousands of miles. Recording their vocalizations is one of only a handful of tools available to scientists, but such data can be expensive to obtain, particularly in the deep ocean. The two largest whale species, blue and fin whales, create very loud repetitive sounds at frequencies of about 20 Hz that overlap those of earthquakes, and they are commonly recorded by the networks of seafloor seismometers deployed for geophysical studies. Whale recordings on seafloor seismometers are sometimes viewed as a bothersome source of noise that obscures seismic signals, but beginning with some pioneering work in the 1990s, a small but growing community of marine seismologists are taking advantage of earthquake monitoring experiments in the oceans to study blue and fin whales. Many of the seismological techniques to locate earthquakes and determine their size and frequency characteristics can be adapted to whales. In this talk, I will describe the origin of my own interest in whale seismology and discuss ongoing efforts to exploit extensive seismic data sets in the northeast Pacific and elsewhere for whale seismology.