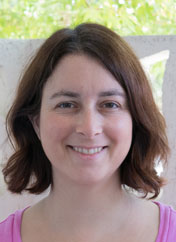 From Plate Tectonics to Deep Earth Dynamics: A Seismological Journey Inside the Earth

Dr. Caroline Beghein is an associate professor in seismology at the University of California, Los Angeles, where she has been working since 2008. Her research involves studying the Earth’s deep interior and how it relates to surface plate tectonics using recordings of earthquakes all over the globe. Caroline Beghein received her BSc degree in physics in 1997 from the Université de Liège, Belgium, from which she graduated with high honors, and a MSc degree in solid Earth geophysics from the Institut de Physique du Globe in Paris, France, in 1998. She graduated cum laude from Utrecht University, The Netherlands, in 2003 with a PhD in seismology. Before joining the faculty at UCLA, she spent two years, from 2004 to 2005, as a postdoctoral scholar at the Massachusetts Institute of Technology, and she was a postdoctoral research associate in the School of Earth & Space Exploration at Arizona State University in 2006 and 2007. She was awarded the 2005 Arne Richter Award for Outstanding Young Scientists by the European Geophysical Union and the UCLA Assistant Professor Career Development Award in 2009.

The motion of the tectonic plates that divide the Earth's surface explains many geological features and events - from mountain building, to deep oceanic trenches, to earthquakes, tsunami generation, and the presence of volcanoes. These motions at the surface are driven by processes deeper inside the Earth, in particular by the overturn of the mantle through convection: hot, lighter rocks rise to the surface and cold, denser material sinks. This process causes solid rocks in the mantle to flow and deform over geological time scales. To understand what happens at the surface, we need to study the deep Earth interior. We cannot, however, directly sample rocks from the mantle. Instead, scientists use recordings of the waves generated by earthquakes to map the physical properties of mantle rocks.

In this presentation, I will explain how seismologists are able to take the temperature of the Earth’s interior using these seismic recordings and how we can detect the direction of mantle flow with seismic waves. I will also talk about recent advances that help us better understand the relation between the motions of the rigid plates at the surface and the deformation of the underlying convecting mantle. 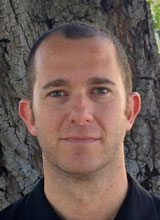 Dr. Justin Rubinstein is a seismologist and Deputy Chief of the Induced Seismicity Project at the United States Geological Survey (USGS) in Menlo Park, California. His research focuses on the ongoing surge of seismicity in the central United States and its relationship to oil and gas operations. This work includes developing methods to estimate the likelihood of earthquakes induced by oil and gas operations and field studies of seismicity in the Raton Basin (southern Colorado and northern New Mexico) and the Mississippi Lime Play (southern Kansas and northern Oklahoma). Dr. Rubinstein has worked on many topics related to earthquakes including: earthquake forecasting, controls on earthquake ground shaking, and causes of damage in the 1994 Northridge earthquake near Los Angeles. Rubinstein received his Bachelor’s Degree from University of California, Los Angeles and his Master’s and Doctorate from Stanford University.

The central United States is experiencing an unprecedented surge in earthquakes that began in 2009, rising from an average of 21 magnitude 3 and larger quakes to over 650 in 2014 alone. This increased earthquake activity is found in just a few concentrated regions around the country, with the lion’s share in Oklahoma. In 2014 there were more magnitude 3 and larger earthquakes in Oklahoma than there were in California. The increased earthquake activity is limited to areas of new and emerging oil and gas production and is undoubtedly caused by some of the techniques they use.

With a focus on oil and gas production and related techniques, I will discuss the many ways that humans can cause earthquakes. In the case of fluid injection, the primary source of the recent increase in earthquake rate, the fluid pressure increase from injection can be transferred many miles from the injection point. This fluid-pressure increase, in effect, lubricates the faults, making them more prone to slipping in earthquakes.

Recent research shows that the rate at which injection occurs strongly influences whether earthquakes will be induced. Areas with higher injection rates are more likely to have induced earthquakes. Other parameters, like the total volume injected and the depth of injection, are also believed to affect the likelihood of induced earthquakes. Additionally, local geological conditions are important. Despite similar injection practices, there is very little injection-induced seismicity in North Dakota in stark contrast to Oklahoma.

Given that these earthquakes are human-caused, there is hope that they can be minimized or even stopped. Slowing or stopping injection, changing injection depths, or trucking fluids to other locations have all been suggested as ways to curb induced seismicity. Regulators in a number of states have taken notice of the increased seismicity and are taking action to reduce the likelihood of damaging temblors. With future research to improve our understanding of fluid-injection induced earthquakes, we may be able to reduce their likelihood, something that is not possible for natural earthquakes. To accomplish this, though, it will require cooperation between all the stakeholders, including academic scientists, regulators, and the oil and gas industry.