How Shallow Earth Structure Is Determined

Like other waves, seismic waves obey the laws of physics. This activity is intended to provide students with a real-world application for the concepts of waves. It should follow an activity, such as the traditional light lab used in physics courses to to explains concepts such as reflection, refraction and transmission of energy. 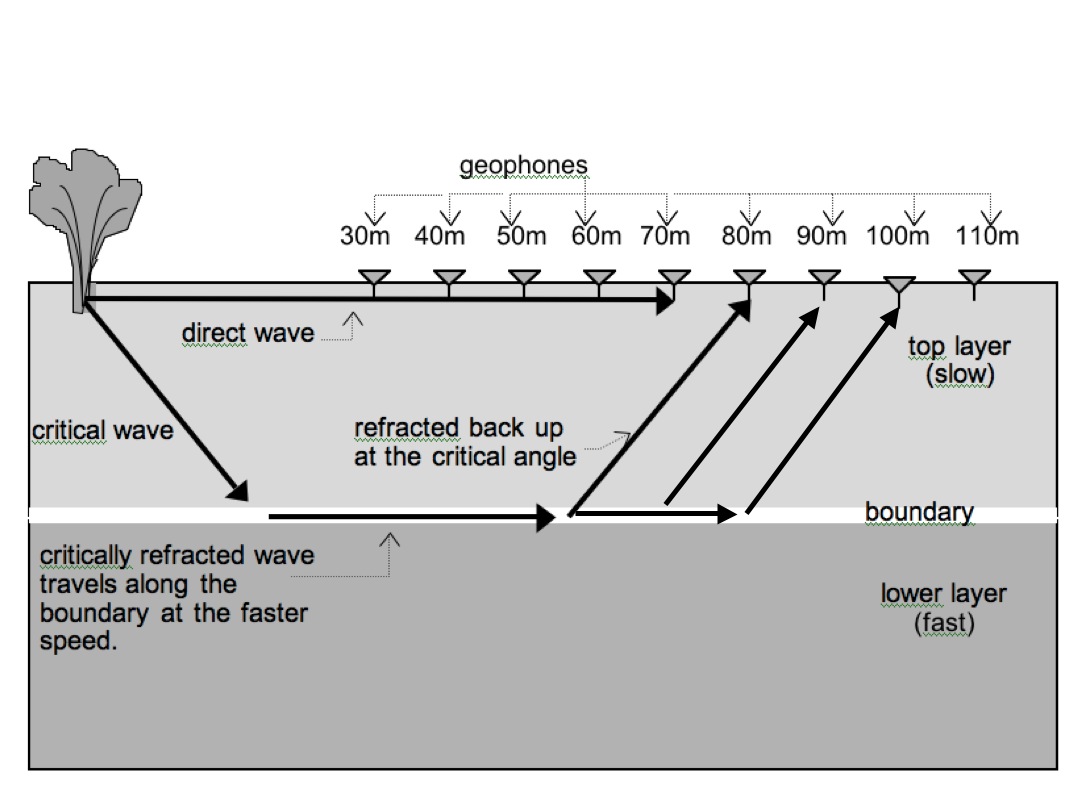 Energy travels through the Earth in seismic waves. As a seismic wave travels it causes the particles in the Earth to oscillate. These oscillations are related to the 'rock stiffness' or rigidity of the rock. Eventually seismic waves dissipate their energy to the earth and lose amplitude.  Like other waves, seismic waves obey the laws of physics. For example, seismic waves have difficulty passing from one medium into another, hence they reflect (partially) from such a boundary.  Waves also have different speeds in different media because each medium has its own rigidity. Different speeds give rise to refraction effects, including critical angle.  When the energy, traveling at the critical angle, hits the higher-velocity media it refracts and travels along the boundary at the faster speed of the lower layer. At points along the boundary energy is refracted up toward the surface, again, at the critical angle.  This is a result of Huygen’s Principle which states that each point on a wave front is considered to be the source of a wavelet.  The line tangent to all these wavelets defines a new position of a wavefront.  Thus geophones nearer the left hand side of the diagram will receive the direct wave will arrive first.  While geophones nearer the right hand side of the diagram will receive the refracted wave  before the direct wave because the refracted wave has traveled much of its path in the higher velocity layer.