What is a seismometer?

A seismometer is a very sensitive instrument that can detect movements of the Earth's surface. The surface is in constant motion due to natural and man-made phenomena. For example, the solid Earth tide is the stretching of the Earth due to the gravitational pull of the moon. Phoenix, Arizona slowly rises and falls twice a day about 40 cm due to the moon orbiting overhead. Mining explosions in Morenci, Arizona create seismic waves which shake Phoenix daily. The amplitude of these vibrations are less than a micrometer and the oscillations have a frequency of several Hz.

The wide variety of ground motion, both in terms of period of oscillation and amplitude of vibration make it impossible for a single seismometer to record all types of motion. The AS-1 seismometer is a simple inertial system that can detect local mining explosions as well as moderate or large earthquakes that occur globally.

The seismometer is called inertial because it is based on Newton's 1st Law: A body at rest will remain at rest. In the AS-1 seismometer a magnet is suspended by a spring from a boom. When the ground vibrates the boom moves, but the mass wants to remain at rest, so the spring is stretched. The relative motion between the boom and mass is proportional to the ground shaking and causes a tiny electric current to be generated that is sent to the seismograph to be converted into a seismogram. Unfortunately, the spring will eventually pull the mass, so the seismometer requires damping. Oil or a magnetic damping system is used to dampen the AS-1 Seismometer.

Real-time Seismic Data in the Classroom 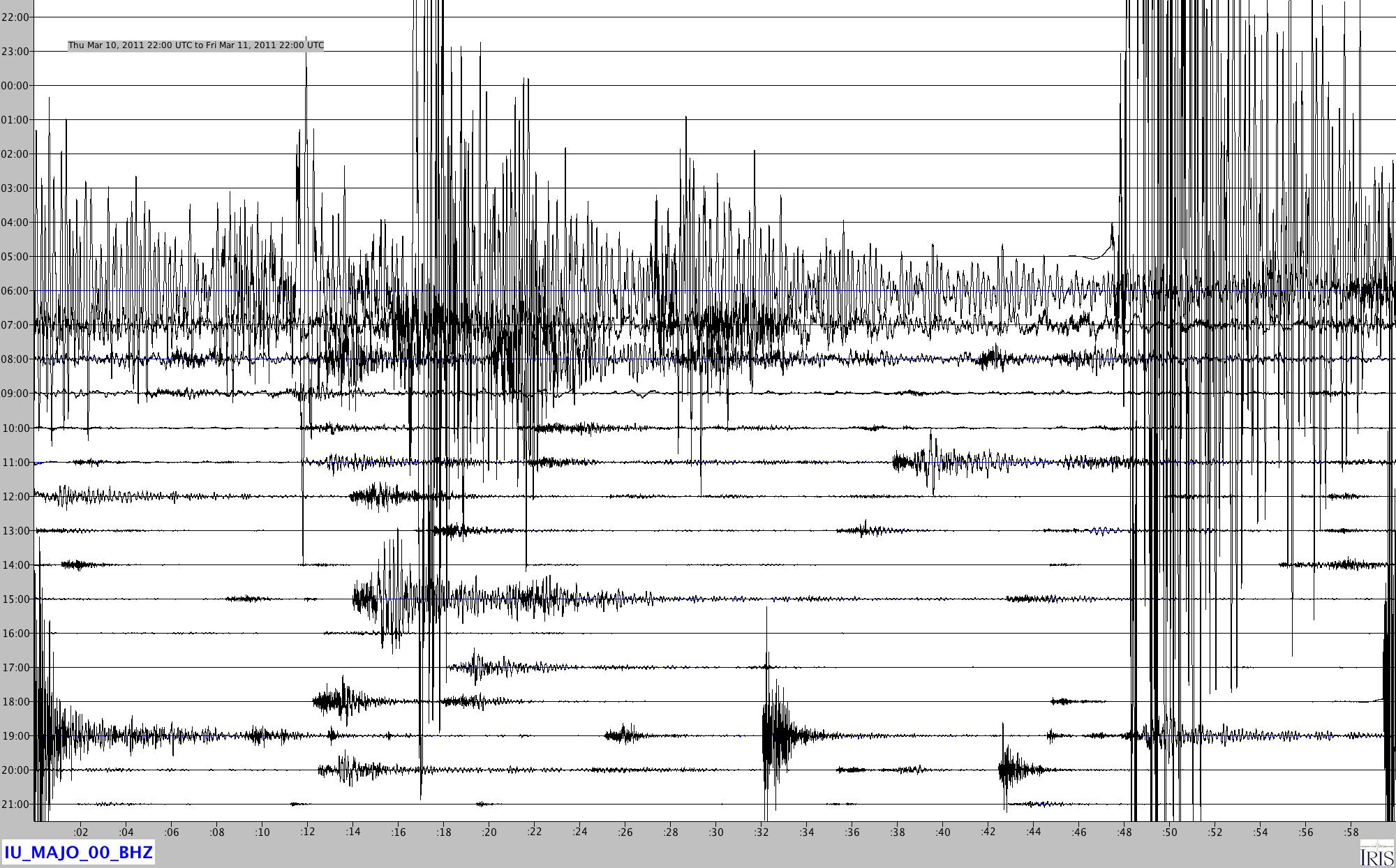 The seismographs in schools program was built on the premise that an educational seismometer in the classroom promotes awareness of earthquake activity around the world and provides an opportunity to teach with real-time data and real-world examples. While nothing captures students attention quite like watching earthquake waves arrive from a distant earthquake during class, with recent advances in instrumentation and web tools, it is possible to enrich the classroom experience with data from a nearby seismic station.

IRIS's jAmaSeis software allows classrooms to stream real-time data from educational stations or professional seismic stations around the globe. This allows students to both monitor and interrogate earthquake recordings.

What types of educational seismometers are in use?

The AS-1 is a portable effective classroom tool for teaching about earthquakes and the instruments that record them. The AS-1 has been loaned to many teachers through the Seismographs in Schools program. The AS-1 electronics have recently been redesigned and production is currently underway!  If you are using an AS-1, find the AS-1 manual here!  Additionally, we offer a set of instructional videos that step through the assembly of the AS-1 educational seismometer. 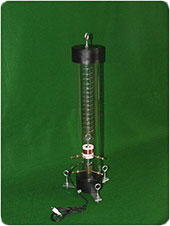 The TC1 is a vertical seismometer with a natural period of approximately 1s.  Open-source hardware – based on the arduino uno -- boosts the longer periods in its recordings, so that teleseismic earthquakes are routinely detected, in addition to regional seismic activity. All plans for the TC1 and the interface between sensor and computer are freely available online to build your own, but the TC1 can also be purchased as a kit. Further information is available at http://tc1seismometer.wordpress.com/ 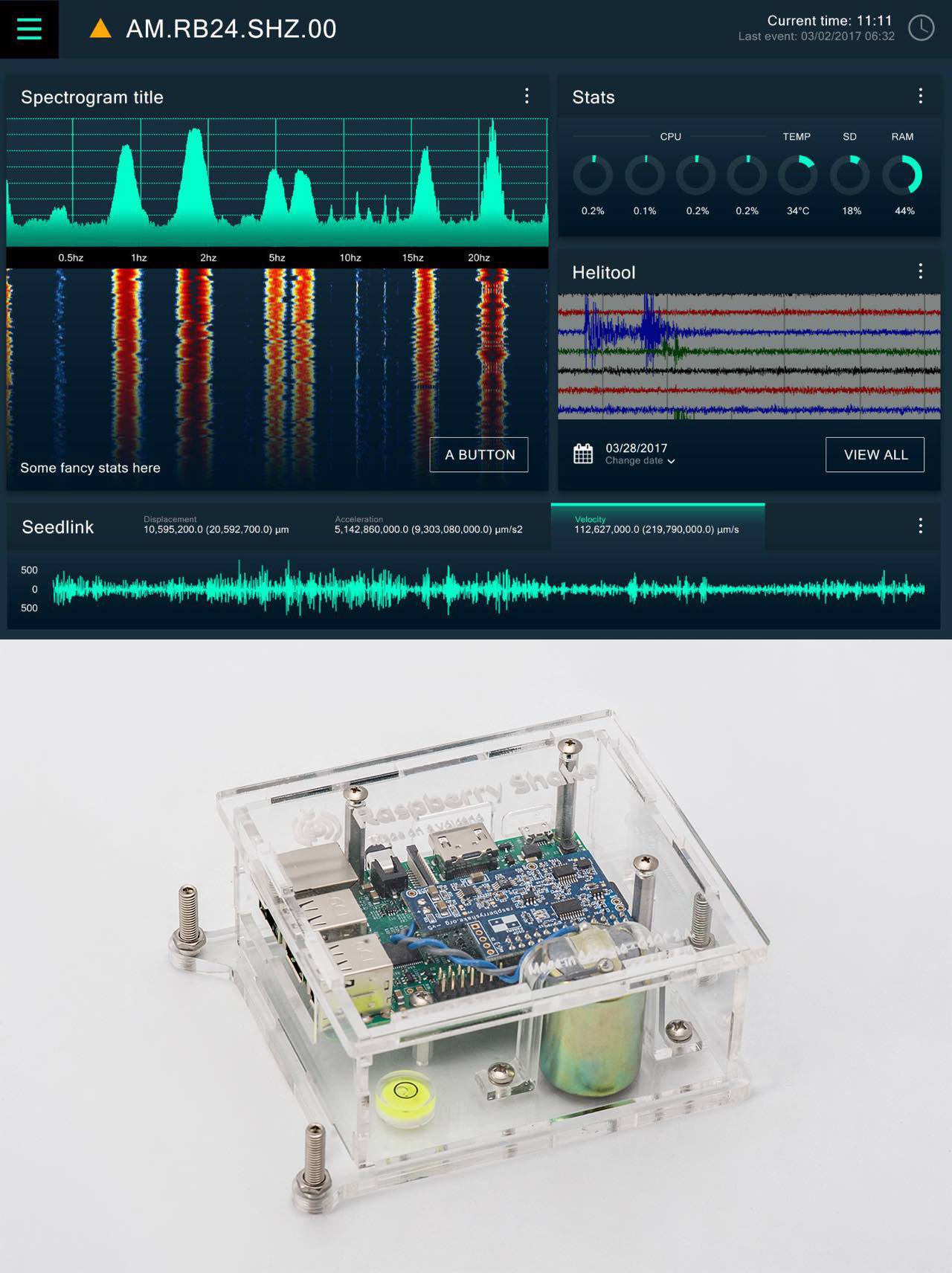 Raspberry Shake (RS) is an easy to use, plug-and-play classroom seismograph compatible with jAmaSeis and SWARM educational software. Based on the popular “Raspberry Pi” computer, RS integrates sensitive Earth monitoring sensors with easy to use software. Teachers can access data from any RS in the world, making it a good solution for seismically active earthquake areas and quiet regions alike. Perfect for viewing micro-tremors and the larger events featured in IRIS Teachable Moments. Learn more on RS's social networks: Twitter, Facebook and Instagram (@raspishake).

In the UK, the SEP seismometer system is a horizontal seismometer that uses electromagnetic induction to detect ground motion (velocity) and eddy current damping.

The S102 is an inertial seismometer that measures ground motion with respect to an elastically suspended mass.

The CMG-PEPPV records vertical ground motion. It is a complex and sensitive instrument that can record global earthquakes.  Guralp seismometers are available from Guralp Systems.