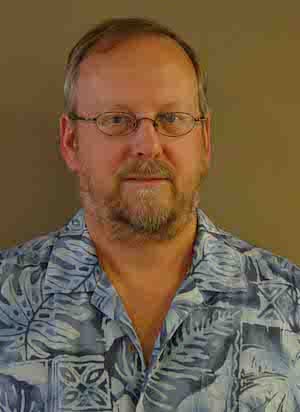 Stephen (Steve) R. McNutt is a volcano seismologist who worked half time for the Alaska Volcano Observatory from 1991-2012. He currently coordinates volcano seismology research for the School of Geosciences at the University of South Florida. His research interests include studies of source and propagation effects for volcanic tremor, low-frequency events, and explosion earthquakes; volcanic hazards assessments in Alaska, California, and Central America; the mechanical behavior of volcanoes including periodicity of eruptions; the effects of earth tides, sea level variations, and tectonic stresses on triggering eruptive activity; volcanic infrasound; and volcanic lightning. From July 1999 to July 2007 he served as Secretary General for the International Association of Volcanology and Chemistry of the Earth's Interior. He has served on several committees for the National Academy of Sciences, including the US National Committee for International Union of Geodesy and Geophysics, the US National Committee for the Pacific Science Association, and the standing Committee on Seismology and Geodynamics. He received his B.A. from Wesleyan University in 1977, his M.A. from Columbia University in 1982, and his Ph.D. in volcanology from Columbia University in 1985.

Seismology is used to study volcanoes in several ways. Seismic tomography, similar to medical tomography, is used to probe beneath volcanoes for their velocity and attenuation structure. This reveals the size, shape and location of bodies of molten rock underground, such as magma chambers and conduits. Models have become more detailed over the years as techniques and data have improved.

One result of such studies is a model of the structure of the volcano.  The model then provides a conceptual pathway to interpret the seismic activity that occurs prior to eruptions. A common pattern is an increase first in volcano-tectonic earthquakes caused by increasing pressure in the magma chamber communicated to faults in the rocks nearby. This is followed by low-frequency earthquakes, which are likely related to fluid processes involving magma or water and gases. Third, a continuous signal known as volcanic tremor occurs when magma reaches shallow levels near the vent.  Explosions and strong eruption tremor are associated with the eruption. Deep earthquakes sometimes occur as stresses readjust after the removal of magma. Such patterns, together with understanding of physics, have enabled successful forecasts of eruptions over a range of sizes and types.

The strength and character of some eruption seismic signals also provides clues to make near-real time assessments of eruptions while they are in progress. For example, the strength of eruption tremor is proportional to the height of the ash column. Lava fountaining from fissures makes stronger tremor than fountaining of the same height from cylindrical conduits. Magma with more gases makes stronger seismic signals and more fine ash, which can influence the amount of volcanic lightning!

These are the types of questions that Professor McNutt will explore as he discusses how the movement of magma causes volcano shaking and baking.