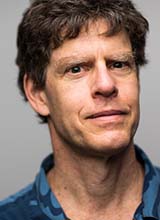 A Tale of Three Pacific Northwest Temblors: One Big, One Deep and One Direct Hit

Sudden mayhem. Tremendous impact. Unpredictable disruption. Is it any wonder earthquakes reserve a dark corner in our nightmares?

The Pacific Northwest is vulnerable to several shades of shakes:

The University of Washington’s M9 Project, led for several years by John Vidale, is making the repercussions of each type of quake clearer—and both less and more frightening. Vidale will share the latest research and prognoses, and offer insights on implementing early warning technologies in the Pacific Northwest, so we can gain a few seconds or even minutes before suffering the strongest shaking.