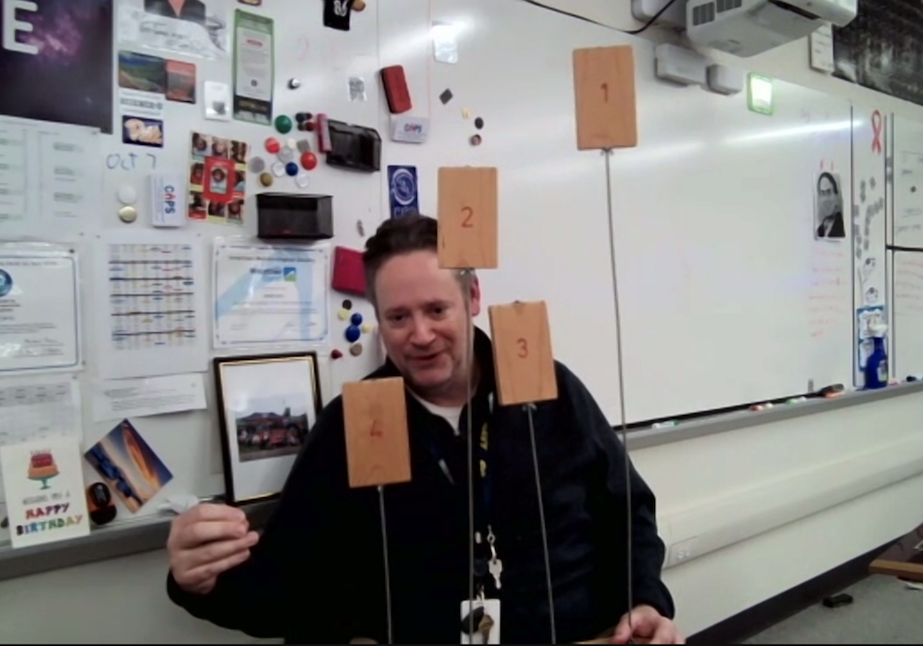 Earthquakes in the Classroom: How IRIS Brings Seismology to Students

French, Spanish, Latin, and Earth Science. One of those might seem misplaced, but, when it comes to vocabulary, Earth Science can be just as esoteric to students. “I tell kids it’s almost like another language, and to understand the Earth, you have to know the vocabulary,” says Dave Curry of Newtown Middle School in the Council Rock District of Pennsylvania. Curry has taught Earth Science and Space Science for 31 years, 20 of those in Newtown, and one of the greatest challenges of Earth Science, he says, is teaching the language. “We’re talking mostly about terms that they’ve not heard and seen before.” 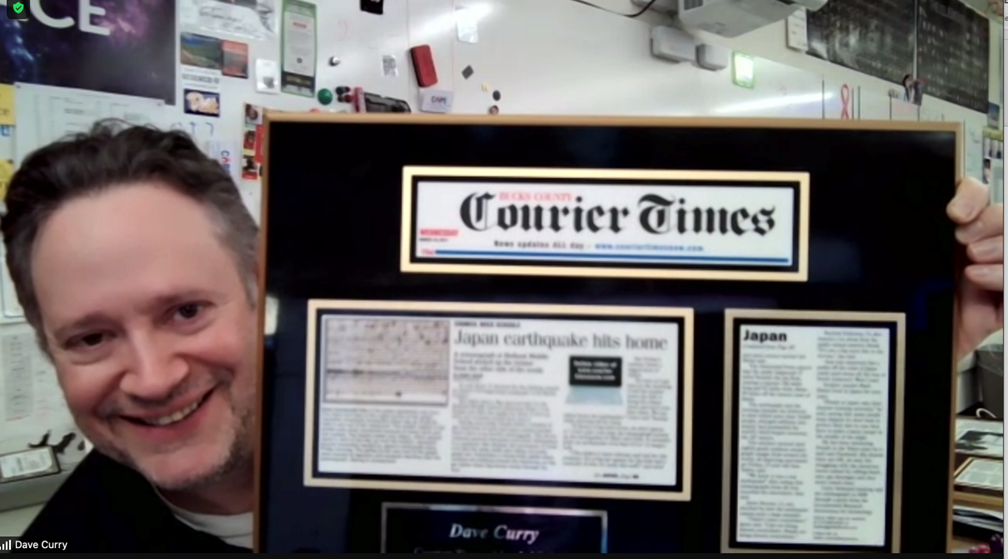 P-waves and magnitude as concepts can be as difficult to grasp in the classroom as les lunettes de protection and la chronomètre, and with an added degree of distance to the day-to-day lives of students who might never feel a tremor. “Today I was talking about the foot wall and the hanging walls; a fault and a strike-slip fault versus a normal fault versus a reverse fault.  These are very visual concepts that lend themselves to modeling,” says Curry. “One of the ways you can try to [teach] that is to use multimodal… visual and auditory and tactile ways of learning. So anytime I can use the IRIS software and simulations to make Earth Science understandable, that’s a plus.”

After a 2008 IRIS workshop at an NSTA conference, Curry began to incorporate IRIS-designed models and lessons into his class. “They fed us with a fire hose of information—it was an absolute crash course on how to better teach Earth Science. Then they give you all the stuff that you can take back to become a resource in your district.” Curry’s still displaying the model IRIS showed him to students to help them visualize resonance and frequency, to help them absorb what they already know about the pendulum motion of a swing and apply it to the way buildings respond to the stressors of an earthquake. Another favorite lesson highlighted in IRIS social media involves spaghetti as a representation of magnitude—an example of the low-cost boon that IRIS provides to educators.

Integrating Current Events into the Curriculum

Earth Science provides a connection to current events that allows students to connect new scientific concepts to the world in which they live. Earthquakes and volcanic eruptions are not an infrequent part of life for many, and those realities can be visualized and taught to students thousands of miles from their original epicenters.  “I often go to find out about a current event on IRIS’s Twitter page, because they are almost instant in how quickly they respond,” says Curry. “I know that information is going to be timely, it’s going to be accurate, and it’s going to be scientifically correct.” It was the IRIS Twitter that Curry went to after the Tonga eruption to help discuss, understand, and contextualize front-page news in the classroom.

Another part of that 2008 workshop was the implementation of an IRIS seismometer to Newtown Middle School. This allowed students a firsthand look at one of the most integral tools for seismologists. “Earthquakes are like any other event in science,” Curry says. “When something comes up, we take a timeout, we stop, and we look at the seismometer trace at the station in the back of the classroom.” Later, another seismometer was loaned by IRIS to nearby Holland Middle School. “So now we have devices within ten miles of each other, always recording. We can get immediate confirmation that a tremor was not just in this building, that it affected the entire southeastern Pennsylvania area.” In addition to hardware, IRIS provides software such as Jamaseis that allows teachers and students to view seismometer activity in real-time. “You don’t need a device in your room. All you need is a spare computer. It can be old, and it can run Jamaseis, and you can find a professional monitoring station near you and you can always have it in your classroom”

IRIS resources, such as Teachable Moments, help science teachers by providing up-to-the-minute scientific data for teaching. IRIS’s Teachable Moments help middle school teachers to better communicate the minutiae of these events, such as the 8.2 magnitude earthquake that occurred in Alaska in July of 2021. “I’ll use the Teachable Moments to share with other staff members about a recent earthquake,” says Curry. “IRIS will publish an extensive Teachable Moment on a recent earthquake, and I’ll use that as a teacher resource for me and the other staff members. I’ll use it to make sure that I can provide scientifically accurate data about a seismic event they see in the news.”

But with IRIS, the information they provide isn’t a unilateral distribution of knowledge. Through their social media presence, they serve as a nexus point for educators across the globe. “Whenever I pick up an earthquake, I’ll take a picture of my screen with the seismometer screenshot, I’ll tweet it, and I’ll tag [IRIS]… They almost always retweet or share it with other educational seismology teachers, who I then get into communication with… I’ve made connections around the world with people I never would have gotten into contact with.”

IRIS Outside the Classroom

One of the greatest joys for any teacher is getting students excited enough about a subject to keep thinking about it once the bell rings. For Dave Curry, the real excitement comes when the lessons he’s taught in class inspire a genuine interest in the scientific world. With IRIS, kids have a trusted resource to go to when they click with science and want to learn more in between classes. “They’re actually doing something outside of the classroom that is getting them to think about science when they wouldn’t normally be… That’s really important for any kind of educational technology—that it’s not just a display item, but something that kids can interact with, kids can go online, look at the data, look at real science, and learn a little bit about what scientists do in their daily lives… [The kids can] piece together what kinds of things are happening in the world and how it impacts us all.”

When it comes to resources that help middle school students understand earthquakes and seismology, the IRIS Consortium is unmatched. Whether it’s hardware, software, or a Twitter feed with up-to-the-minute information on earthquakes all around the world, IRIS has something to offer students and teachers alike to make learning Earth Science easier and fun. “I can’t really speak highly enough of [IRIS’s] material because it’s just the best out there,” Curry says. “I have not found the caliber of resources for earthquakes that IRIS provides anywhere else, and I’m a huge fan… There’s no reason every teacher in America couldn’t use Jamaseis to monitor seismic activity right from their own classroom.” 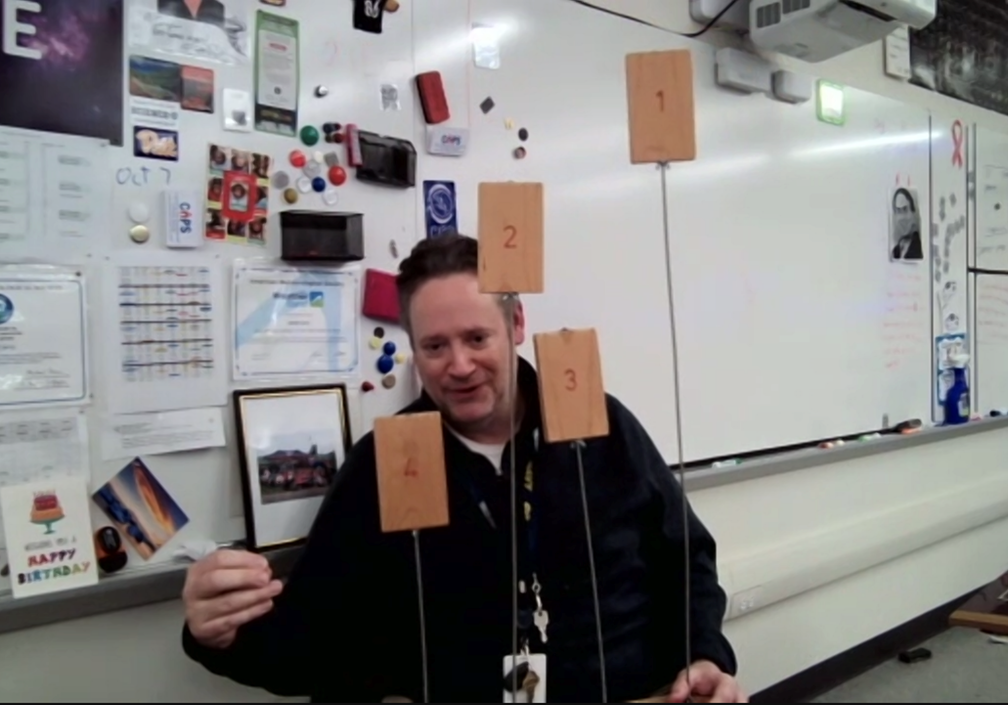