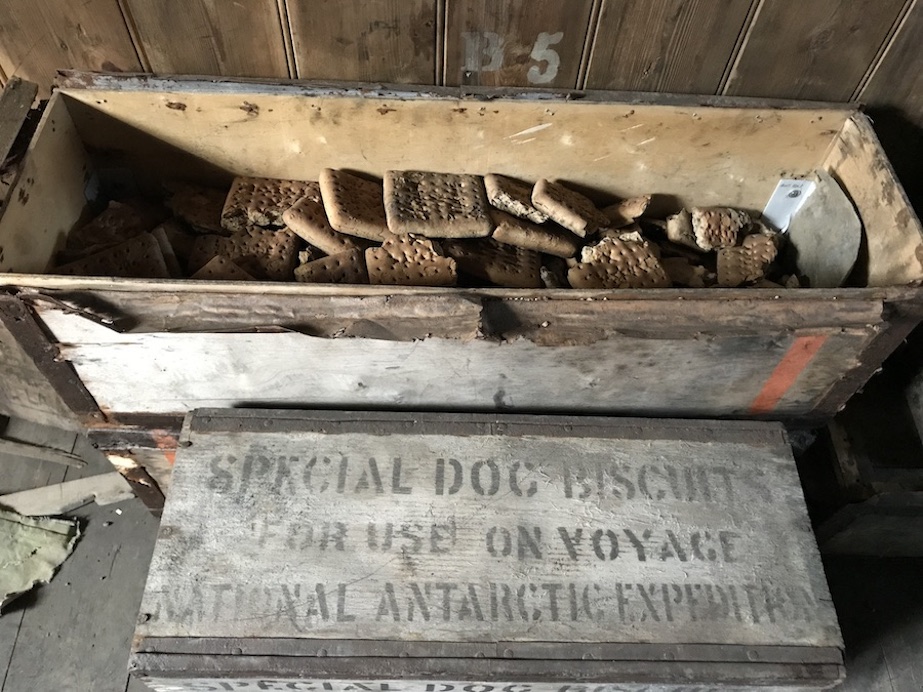 Today I spent most of the day working in a sort of warehouse space continuing to convert the wiring and bulkhead connector panel on the big insulated station boxes to a new configuration so the boxes can be re-used on a different experiment. 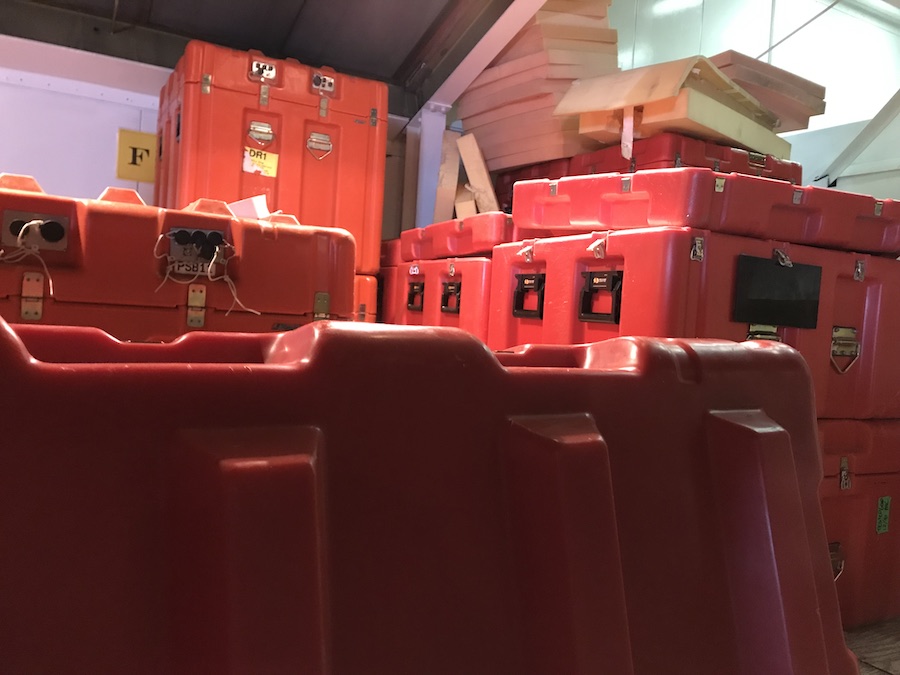 I also signed up for an after-dinner tour of Scott’s Hut. The hut sits on Discovery Point, about a quarter mile from McMurdo Station. The hut was built about 1902 and used by multiple Antarctic expeditions that explored Antarctica, including those led by Scott and by Shackleton. The hut was last used in 1917, and is now a heritage site. The things in the hut are as they were 101 years ago when the hut was last used. Nothing really decomposes here, so the seal blubber, onions, crackers, and meat from 100 years ago are still are still there.

Here is the hut, with McMurdo and "Ob Hill" in the background. 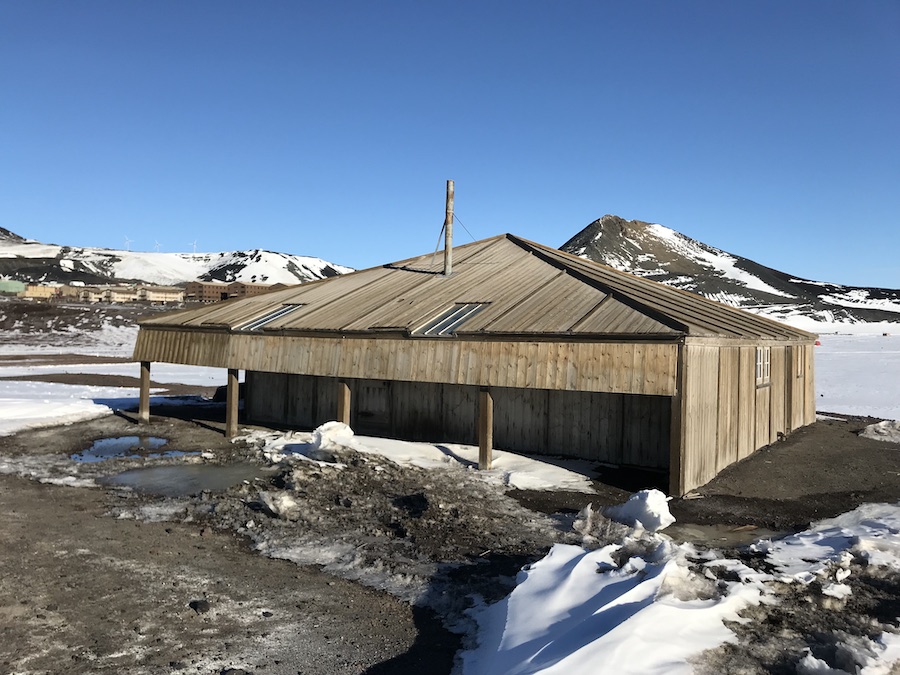 The interior, with lots of crates, canned goods, and other stores that were last stashed here in 1917. 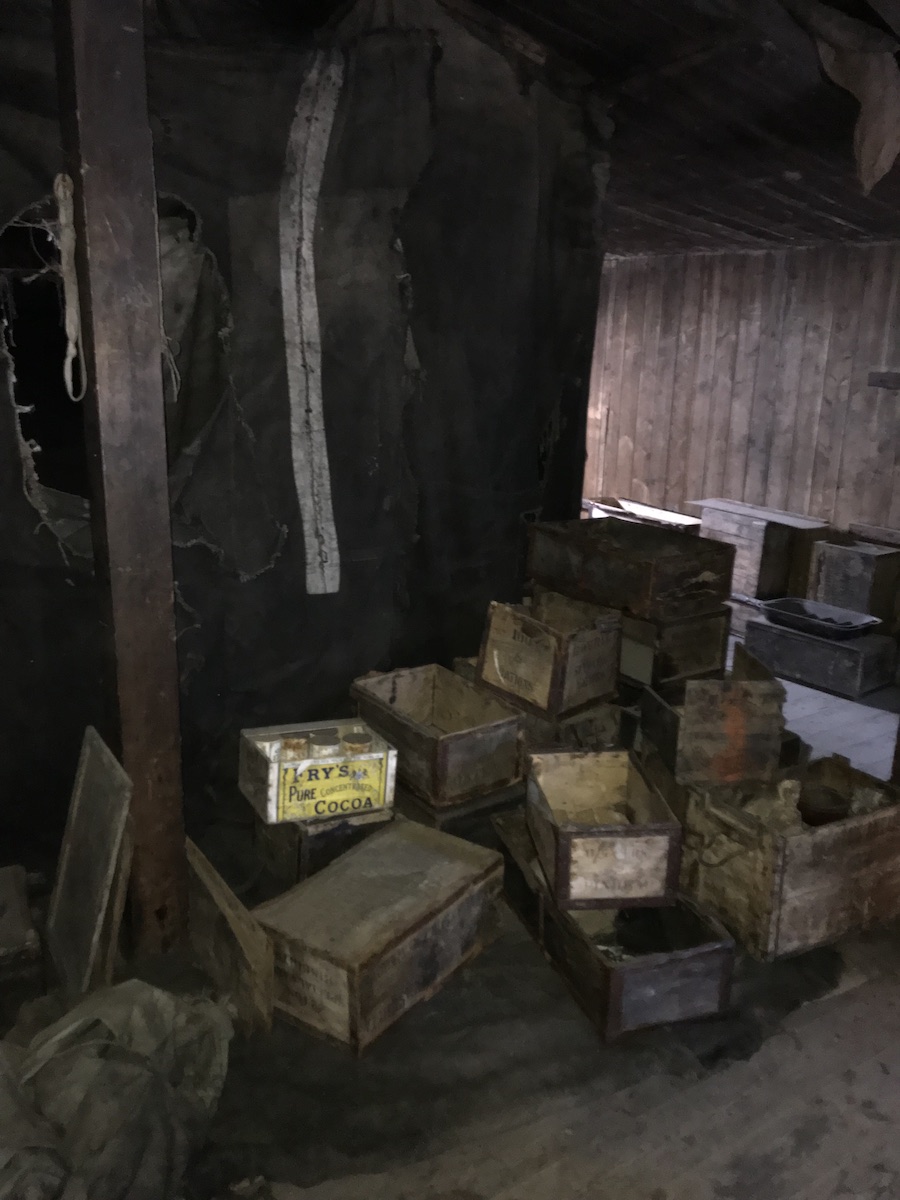 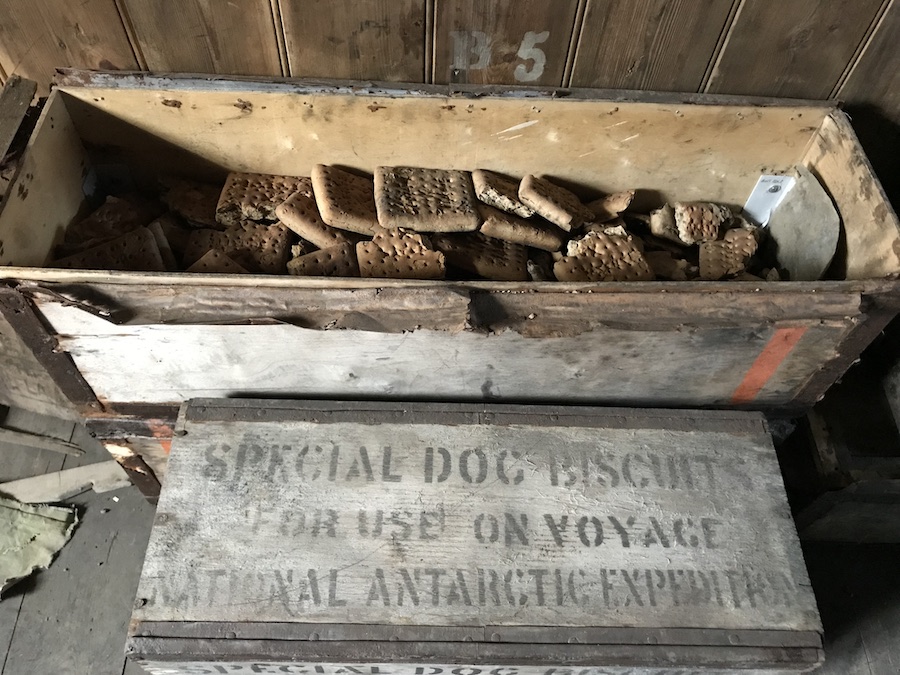 Thursday was spent on a variety of tasks like charging batteries and recovering some more gear from completed tests at Castle Rock, as well as packing! If all goes well I depart tomorrow for several days at South Pole Station to service the instruments that are located there. Time to pack every last bit of the Extreme Cold Weather gear that was issued to me. Weather at South Pole has been sunny and about -15 degrees (F).

On Friday my coworkers and I were scheduled to leave for South Pole. We showed up for our flight at 6:30 AM, but there were weather delays. Lots and lots of the flights down here have weather delays and cancellations. It turns out that some of the other people scheduled for our flight had been showing up for this flight for the past 8 days and every day it was cancelled. So we were suspecting this flight would be cancelled, too. We spent the day doing regular work, then reported back at 7:30 PM. The flight was on! After 3 hours in an LC-130 Hercules (the model with skis instead of wheels) we landed at the South Pole just after midnight.

It was probably 2 or 3 AM before getting fully settled. Elevation here is about 9,300 feet, but because of weather effects, the altitude (pressure altitude) is more like 10,300 feet. That’s quite a big change when flying in from sea level.

Saturday we worked on rounding up our tools and supplies that had been shipped down here as cargo, getting space in the science lab, having discussions with science support, comms, and IT staff, and taking care of other logistical concerns. We also had to take some time to acclimate to the altitude.

Saturday evening it was time to get outside and take a hike with some other folks to the true geographic South Pole and then over to the ceremonial pole - the one you see in most pictures with the flags in the background. The ice here is about 9,000 feet thick and moves something like 11 meters per year. So the station and the ceremonial pole ride along with the moving ice, getting further away from the true geographic pole, which does not move. So every year the marker for the true geographic pole needs to be picked up and moved, so it stays directly over the true South Pole. The outside temp was -2 degrees F, with the windchill taking that down to -22.

We ended up hiking to a radio telescope that is studying the cosmic microwave background radiation. That is some truly amazing technology! Along the way we visited an igloo that someone had made for fun.

Sunday is a day off at the station, so no work for us today since we want to respect the support personnel who will help us and not ask them to spend their day off working. So a day to rest, catch up on e-mail, explore the station, and make sure we have everything absolutely ready for an early start on Monday. We’ll be working 8 km from the station, probably with a team of 4, so we need to make sure everything is sorted, programmed, charged-up, etc.

There are lots of different science groups here. Every meal turns into a mini science symposium as we all explain to each other what we do.

A side note - I’m told to keep my Phone close to my body or it may seize up in a really bad way due to the cold. It’s my only camera.

Just got off the plane, a little after midnight. 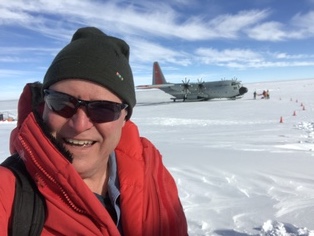 At the true geographic pole. The small pole with the “orb” on top is the marker. The “orb” is an intricately machined art work that is changed every year. 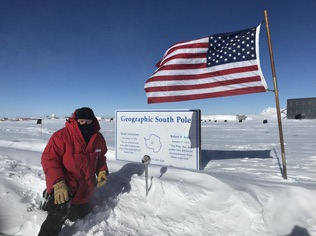 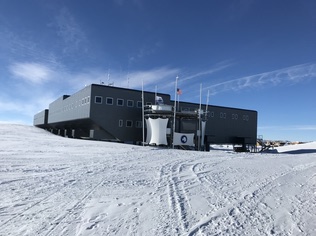