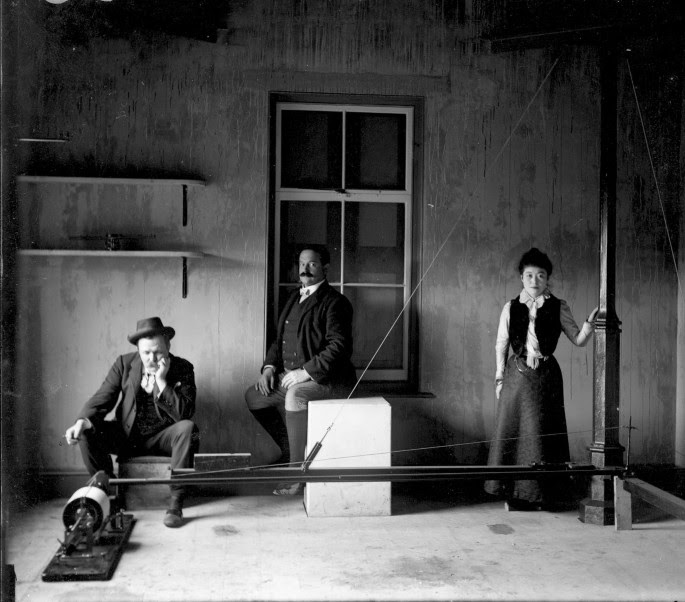 In the late 1800s, the field of seismology was limited by the scarcity and simplicity of seismographs. These instruments tended to be extremely large, with some being several meters long and using massive inertial weights. Yet, despite their extreme size, most were only sensitive enough to record local or regional earthquakes. These early instruments also lacked the ability to note what time an earthquake occurred, a feature of the utmost importance, as accurate timing allows the comparison of different stations’ recordings of the same event.

Importantly, Milne also championed the use of these “enhanced” seismographs in combination, operating collectively as networks. In turn, this allowed Milne and others to develop and refine regional and global earthquake catalogs and collect multiple recordings of the same event on standardized equipment from around the globe.

Milne’s work on seismic instrumentation allowed other scientists to provide direct evidence for Earth’s interior structure that had only been predicted mathematically. His work also laid the foundation for the networks of seismographs that support the field of seismology today.

Like then, networks of seismometers are essential tools for increasingly complex studies of Earth’s interior. However, they are also used for things that Milne couldn’t have imagined, such as monitoring for compliance with the world’s nuclear test ban treaties and contributing to earthquake early warning systems.

Photo: John Milne (seated at left), his wife Tone, and Boris Galitzin, a Russian seismologist who developed an electromagnetic seismograph, pose with a large seismometer created by Milne. This image is a part of a collection housed at the Carisbrooke Castle Museum.