Which is faster for distant stations, direct or critically refracted waves?

Using the same seismic ray paths, the animation below adds a graph to see how data recorded show the distance transition of first arrival wave paths. Seismic stations light up BLUE when hit by direct wave, and RED when hit by the critically refracted wave. 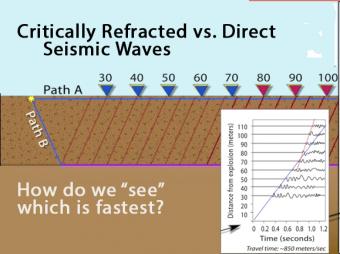 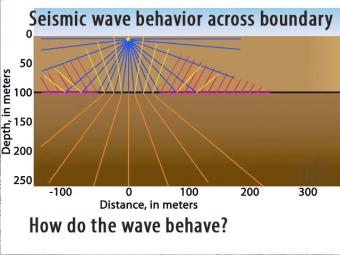 Seismic waves travel at different speeds through different materials. In this 2-layer model two wave fronts leave an impact at the same time but the lower layer is faster. 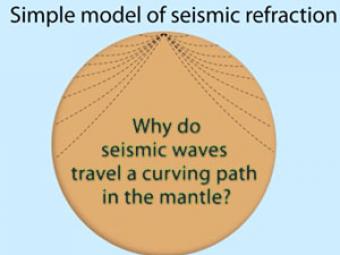 Seismic waves travel a curving path through the earth due to changes in composition, pressure, and temperature within the layers of the Earth. 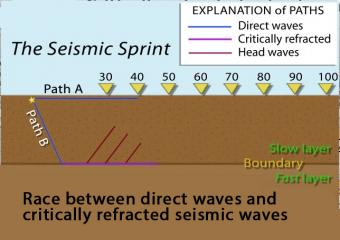 In this model of increasing velocity with depth, the critically refracted seismic rays speed up with depth as they pass 5 different velocity boundaries. 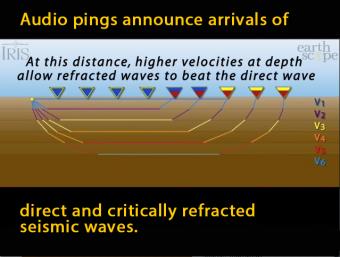 Like other waves, seismic waves obey the laws of physics. In this activity Physics students have the opportunity to apply their understanding of the basic concepts of waves (e.g. reflection, refraction and transmission of energy) as they examine seismic data to determine how far it is from the surface to the bedrock.