This animation explores three major mechanisms for earthquakes in South America due to the interaction of the Nazca and South American plates.

A .srt file is included with the downloiad. Use appropriate media player to utilize captioning.

Western South America is a region of high earthquake hazard because of: 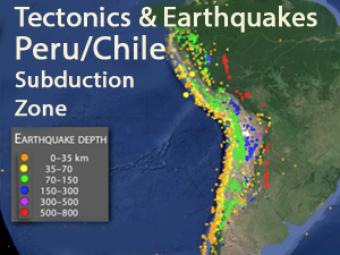 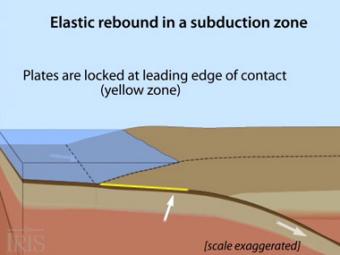 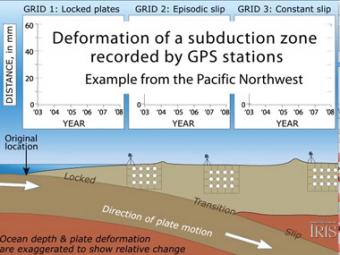 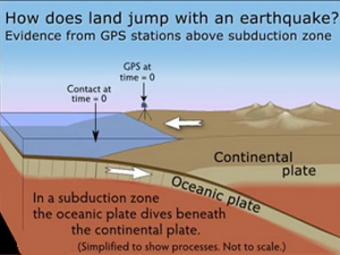 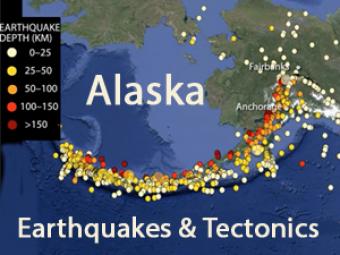 Alaskan tectonics are dominated by the Pacific-North American plates. The megathrust boundary between the plates results in both the 4,000-km-long Aleutian Trench and in the arc of active volcanoes that lie subparallel to the trench. 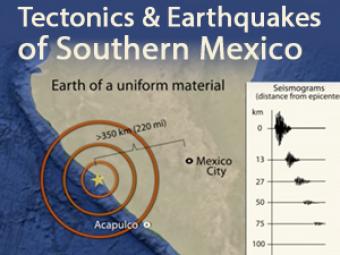 In 1985, a Great, magnitude 8.1 subduction zone earthquake occurred beneath the coast of Michoacan, Mexico causing over 9,000 fatalities over 350 km away. What caused it and how has Mexico instituted their Earthquake Early Warning system? This animation describes the mechanics. 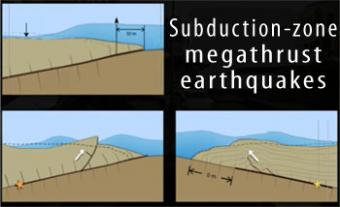 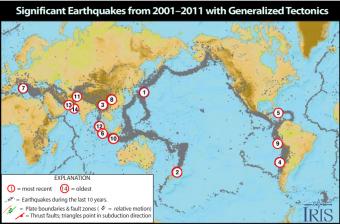 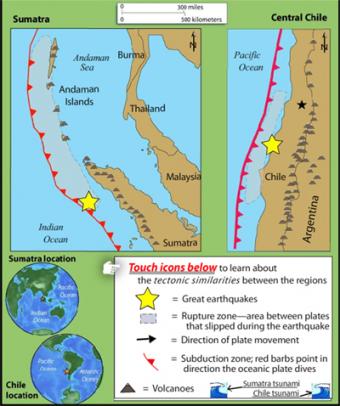 Learn how Chile's tectonic setting and megathrust earthquake 2010 is similar to the catastrophic earthquake in Japan in 2011 by touching icons on this interactive map.