How do the plates accommodate motion near spreading ridges?

A transform fault is a type of strike-slip fault wherein the relative horizontal slip is accommodating the movement between two ocean ridges or other tectonic boundaries. They are connected on both ends to other faults. A transform fault or transform boundary, also known as conservative plate boundary since these faults neither create nor destroy lithosphere, is a type of fault whose relative motion is predominantly horizontal. Additional animations on seafloor spreading and transform faults are available from Tanya Atwater (http://emvc.geol.ucsb.edu/2_infopgs/IP1GTect/eSoAtlantic_CutGlobe.html). 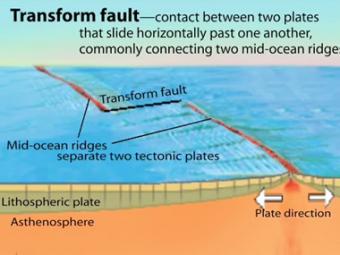 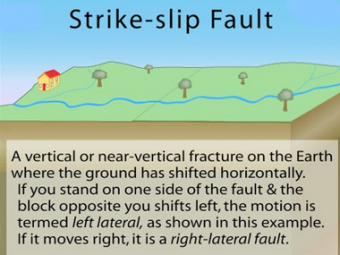 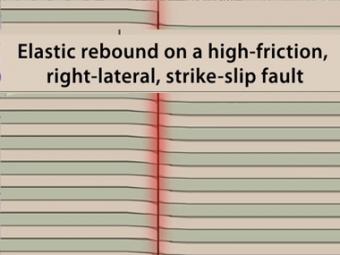 Animation shows the buildup of stress along the margin of two stuck plates that are trying to slide past one another. Stress and strain increase along the contact until the friction is overcome and rock breaks. 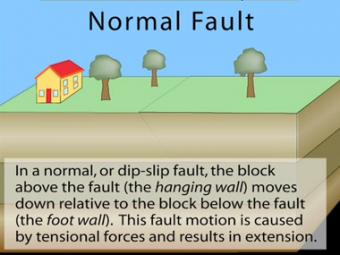 In a normal fault, the block above the fault moves down relative to the block below the fault. This fault motion is caused by tensional forces and results in extension. Other names: normal-slip fault, tensional fault or gravity fault. Examples: Sierra Nevada/Owens Valley; Basin & Range faults. 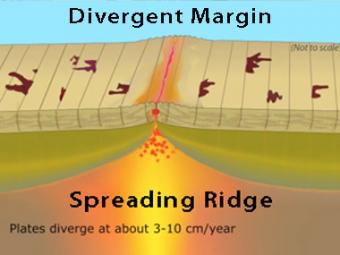 New oceanic crust is created at this boundary when basalt magma, formed in the mantle, rises into fractures in the crust and solidifies. Spreading ridges are high elevation because the young oceanic plate at the ridge crest is hot and less dense than the older, colder and more dense plate on the flanks of the ridge. 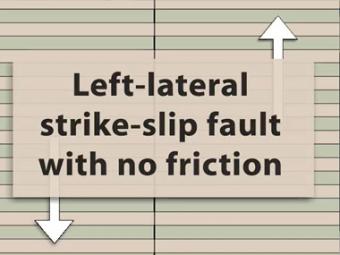 Left-lateral fault strike slip fault with little or no friction along fault contact. There is no deformation of the rock adjacent to contact. If the block opposite an observer looking across the fault moves to the left, the motion is termed left lateral. 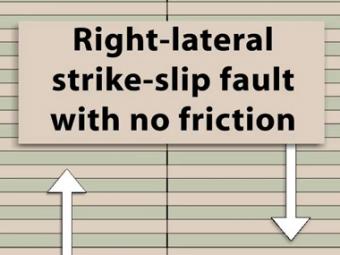 Left-lateral fault strike slip fault with low friction along fault contact. There is no deformation of the rock adjacent to contact. If the block opposite an observer looking across the fault moves to the left, the motion is termed left lateral. Example: the San Andreas Fault of California 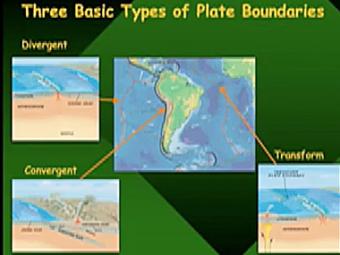