There is often confusion surrounding the terminology of earthquakes. Large earthquakes are usually followed by hundreds and even thousands of smaller earthquakes, called aftershocks. In some earthquake sequences, a smaller earthquake called a “foreshock”, precedes the mainshock. Although seismologists have carefully analyzed foreshock/mainshock pairs of earthquakes, and earthquake triggering in general, there are no special characteristics of a foreshock that let us know it is a foreshock until the mainshock occurs. Rate of aftershocks was first studied in detail by Fusakichi Omori, Chairman of Seismology at Imperial University of Tokyo; one of the most important figures in the history of seismology. 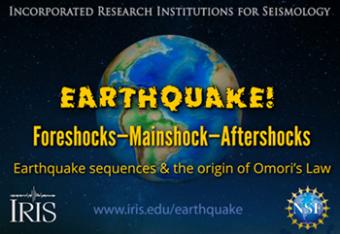 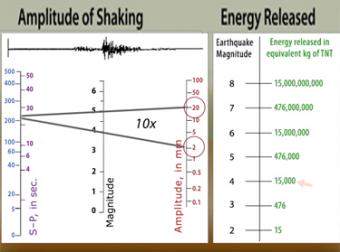 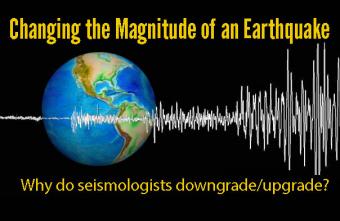 The focal mechanism of an earthquake is represented by a “beachball” diagram. These are released after an earthquake to illustrate the type of faulting produced the earthquake. This difficult concept is carefully explained using strike-slip, normal, and thrust faults.
GIFS for select segments included as optional download.