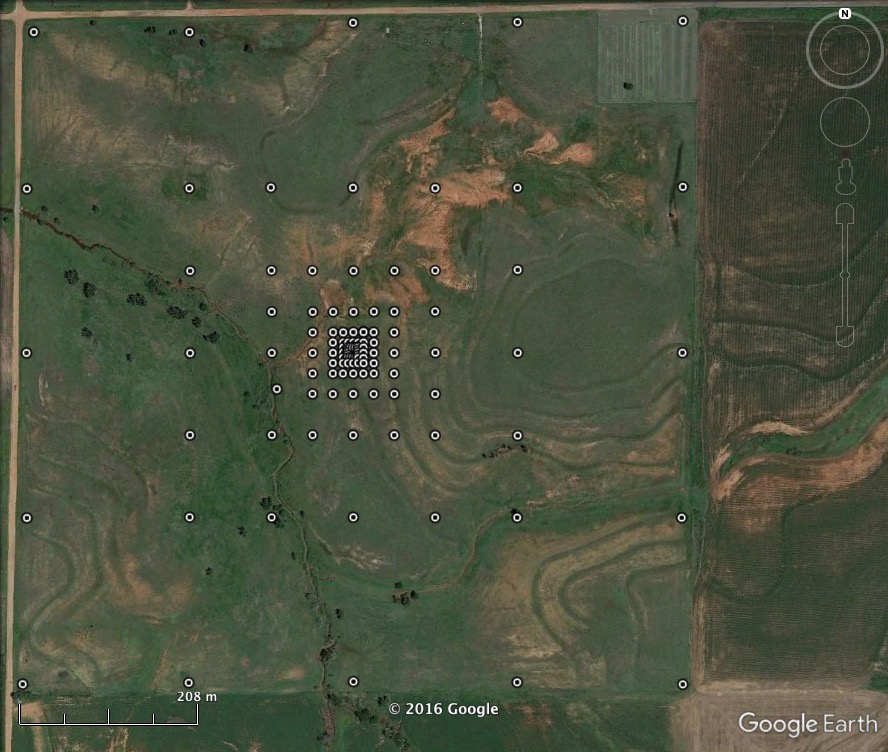 Deployed on a quarter section with cows, the gradiometer was an array design proposed by Chuck Langston and incorporated into the Community Wavefield Experiment deployment.  It consisted of 7 nested squares, each containing 16 nodes.  The spacing between the nodes doubled on each ring moving out from the center.  Node spacing on the inner-most ring was ~3m and on the outer-most ring was ~200m.  In total there were 112 3-component nodes in the gradiometer deployed for 30 days (June 20 - July 20). 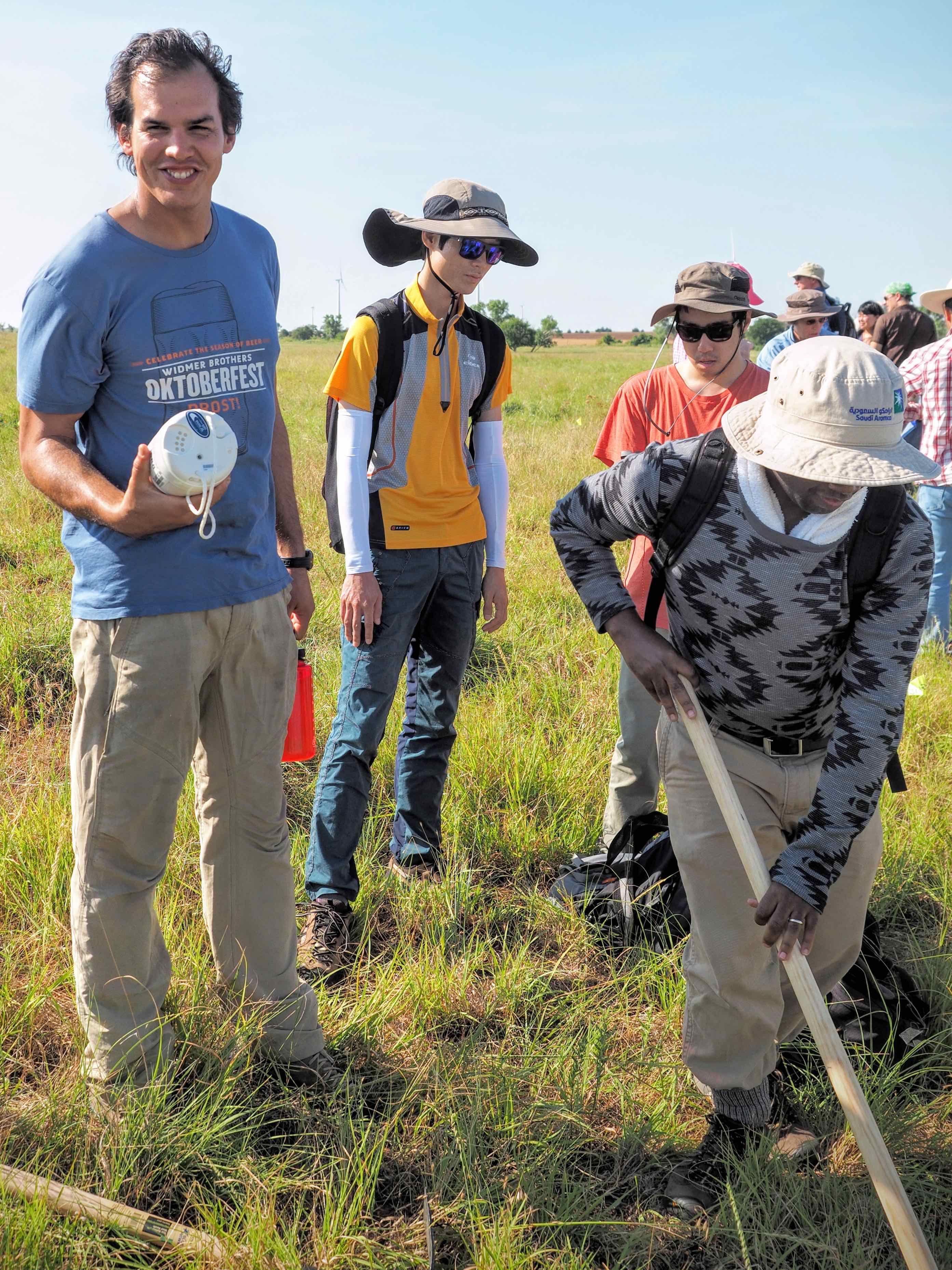 Students preparing to install a node in the gradiometer 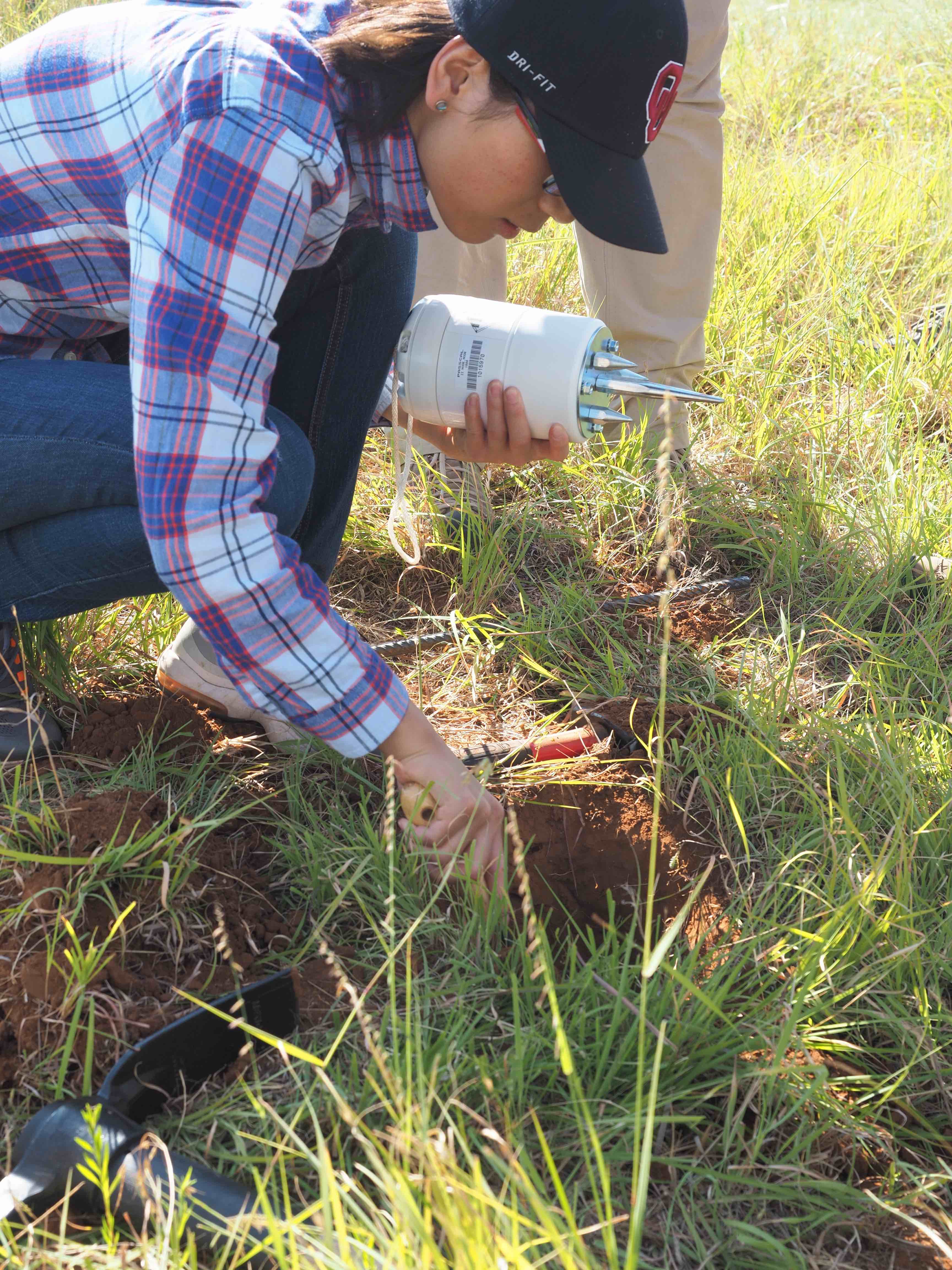 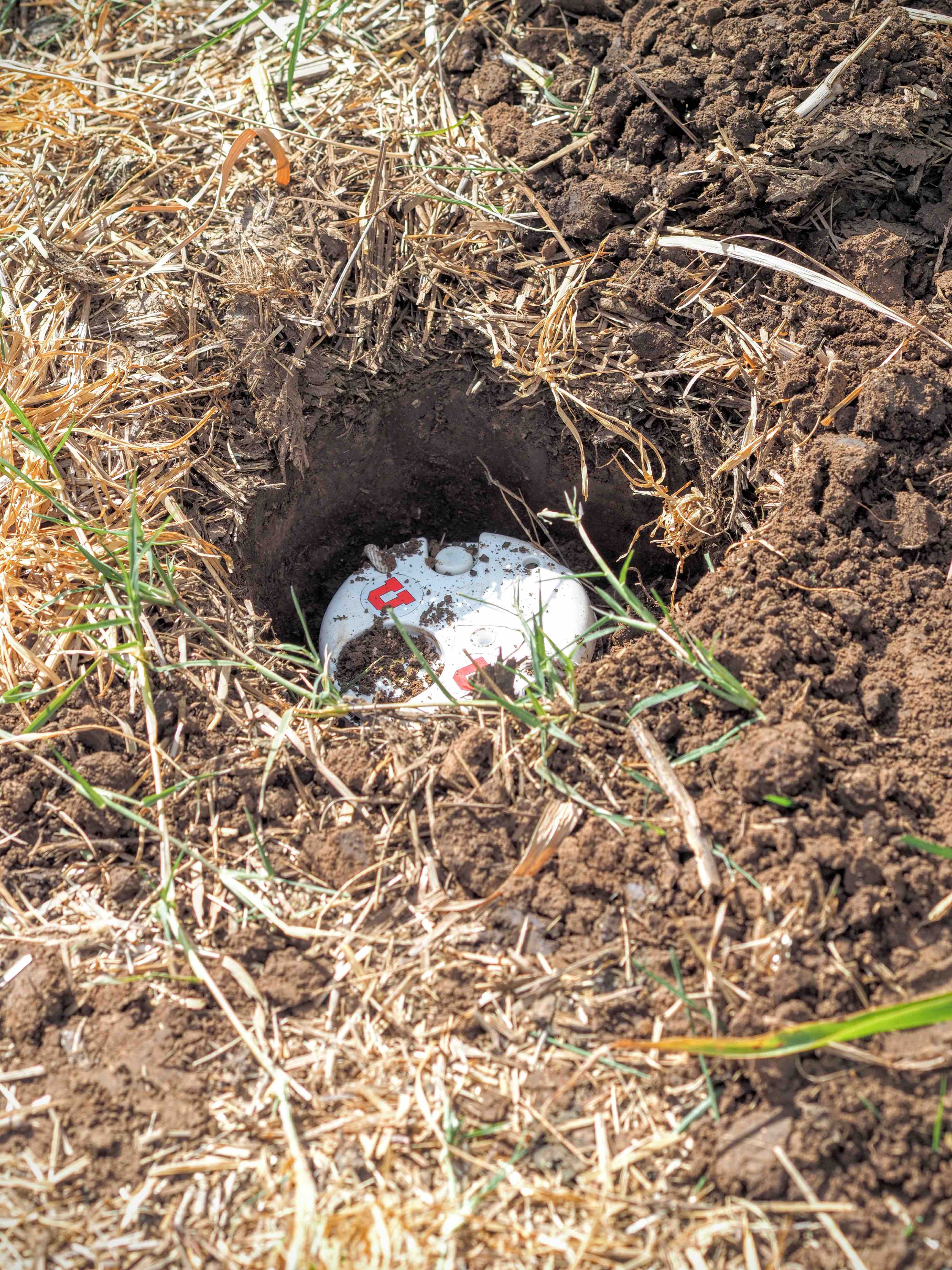 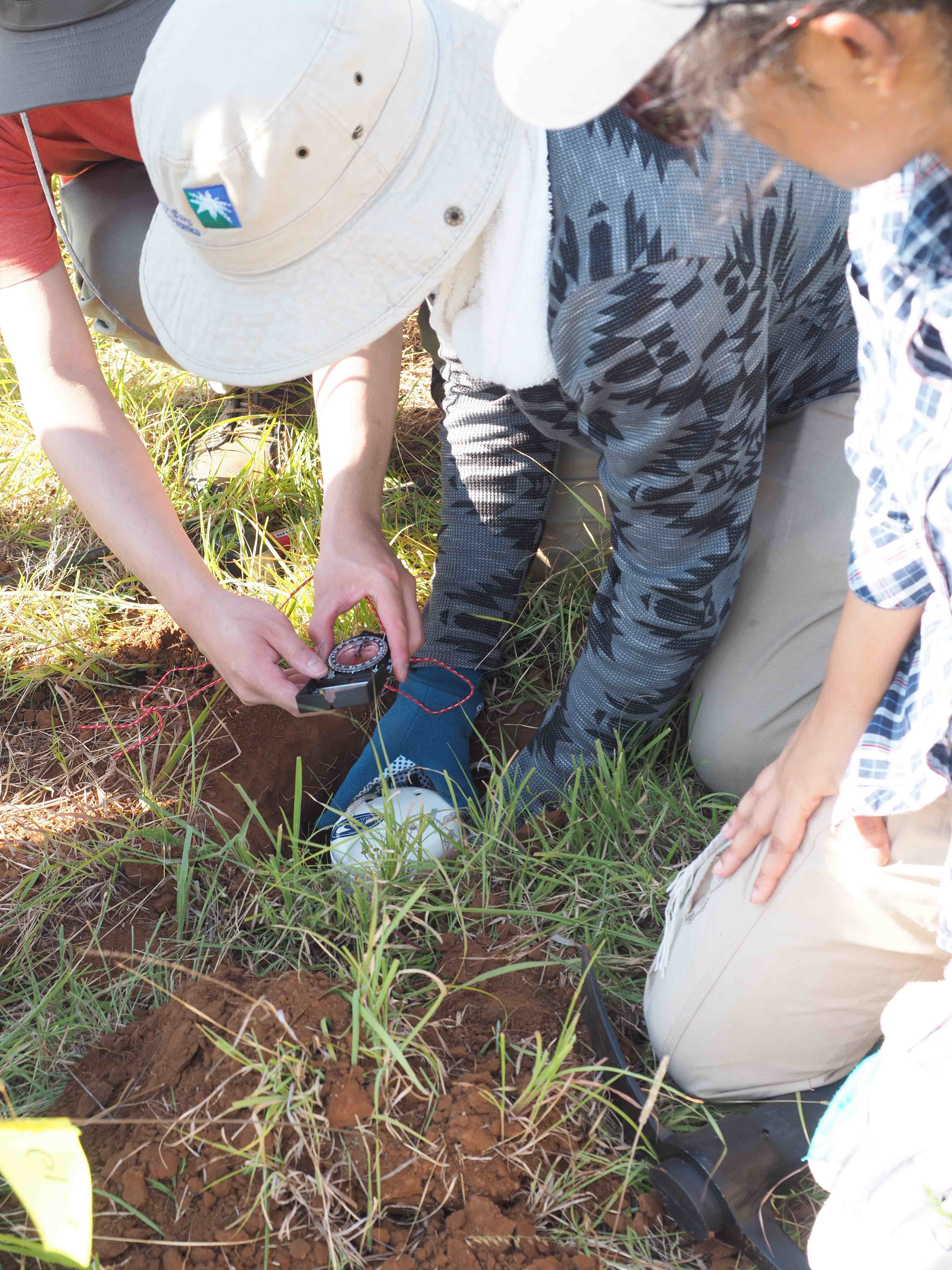 Once emplaced, nodes were carefully oriented before being buried 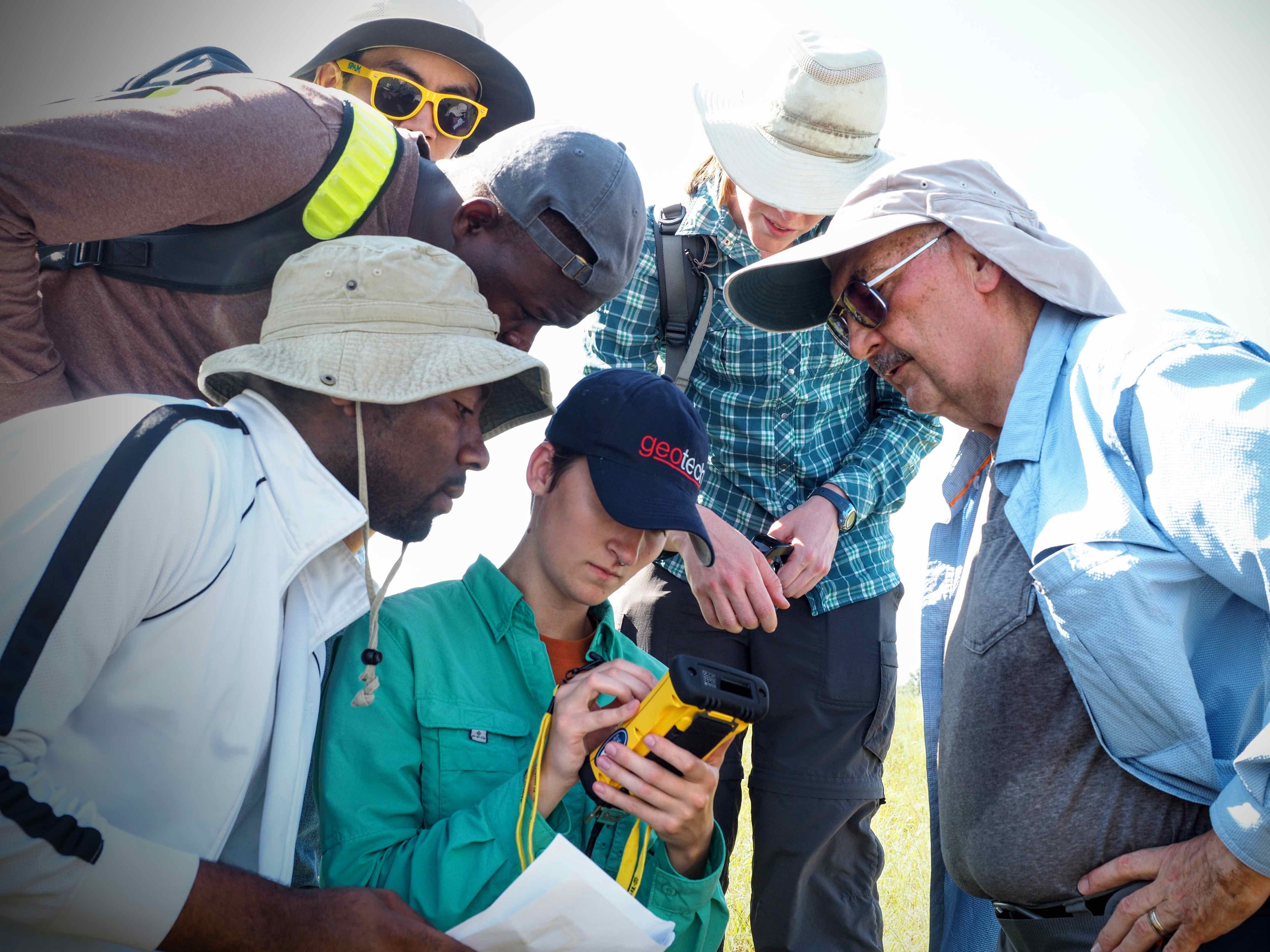 Students use a handheld device to active the nodes before burial