written by Sarah Derouin and reposted with thanks to EarthScope. 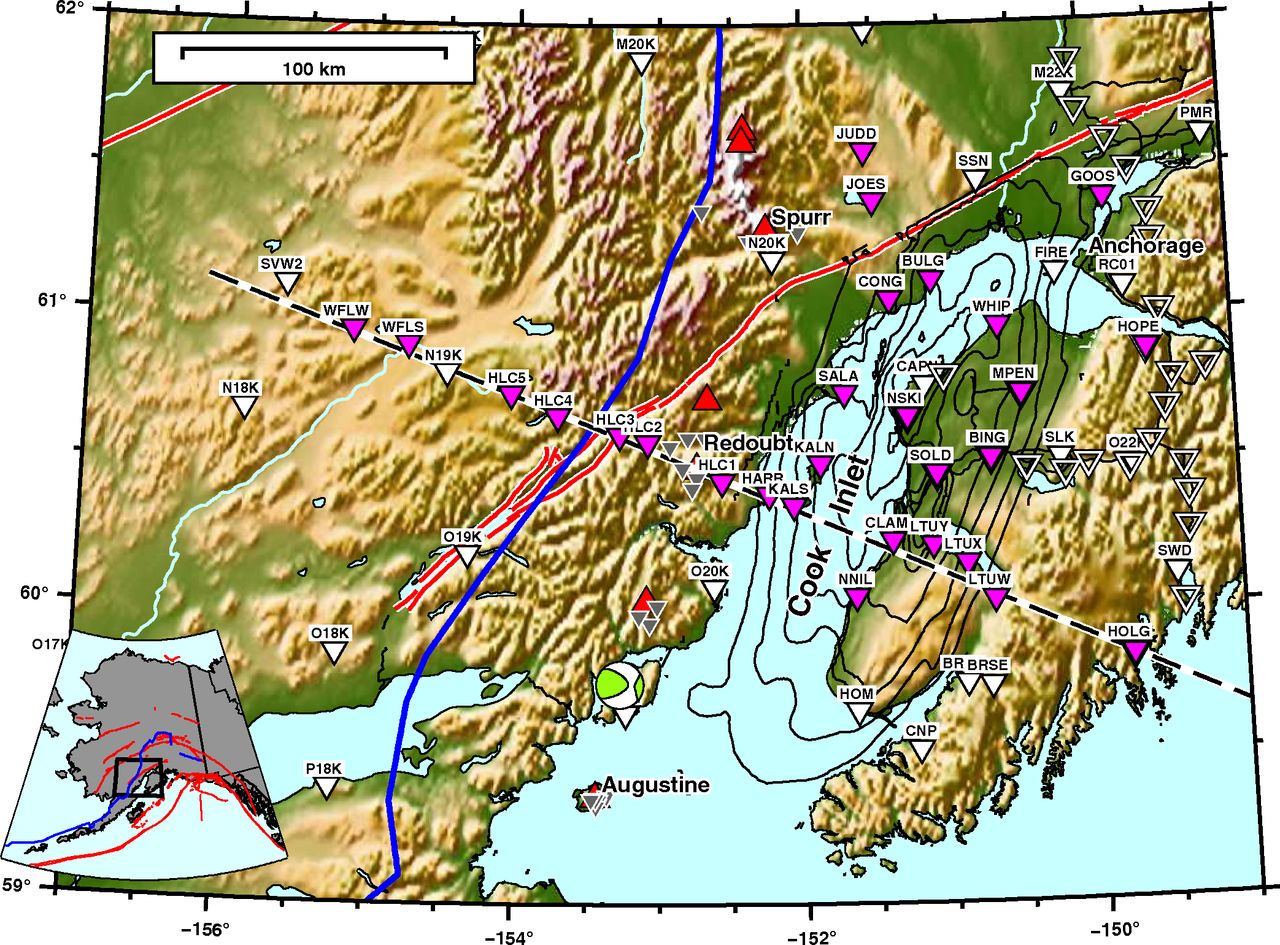 The Cook Inlet in Alaska is a remote and geologically fascinating place. The Inlet lies in the southern Alaska subduction zone, sits in front of a volcanic arc, and contains a sedimentary basin atop hard bedrock. Seismic waves travel at different speeds between hard rock and soft sediment, and in the bowl-shaped basin of Cook Inlet, the waves can slosh around like water in a bathtub.

To better understand the subsurface structure in the region and assess its seismic hazards, we installed 28 posthole seismometers in remote areas across the Cook Inlet. We dubbed the network SALMON: the Southern Alaska Lithosphere and Mantle Observation Network. Some of these stations were placed in very rough terrain only accessible by helicopter or boat, including two on an island in Cook Inlet.

Typically, seismometers are placed on hard, solid bedrock to get the most accurate data to locate an earthquake. However, we placed the stations throughout the basin and also in a line that slices through the subduction zone. The goal was not to locate an earthquake but instead to get an idea of how the basin is shaped and where the strongest shaking will occur during an earthquake. Early results reveal that both small-magnitude rumbles and seismic noise from the regularly creaking and groaning Earth are amplified in Cook Inlet basin.

Cover photo: "Access to SALMON station SALA in western Cook Inlet, showing challenging conditions. At high tide, all the rocks in view are underwater. Here a three‐wheeler pulling a trailer is being driven onto the boat at a falling tide. As the boat carefully departed, its propeller was damaged on a submerged rock."

Map (above): Map showing the topography of the Cook Inlet area of southern Alaska. The pink triangles show the location of SALMON stations (as of January, 2017). White triangles are permanent GSN stations and stations that are part of the Transportable Array. Open triangles are part of the MOOS network. Gray triangles indicate intermediate period seismic stations associated the Alaska Volcano Observatory network (AV). Active volcanoes are plotted as red triangles. Contour intervals (1-km) show the Cook Inlet Basin. Active faults are marked by red lines. The focal mechanism shows the location of the M7.1 intraslab earthquake. 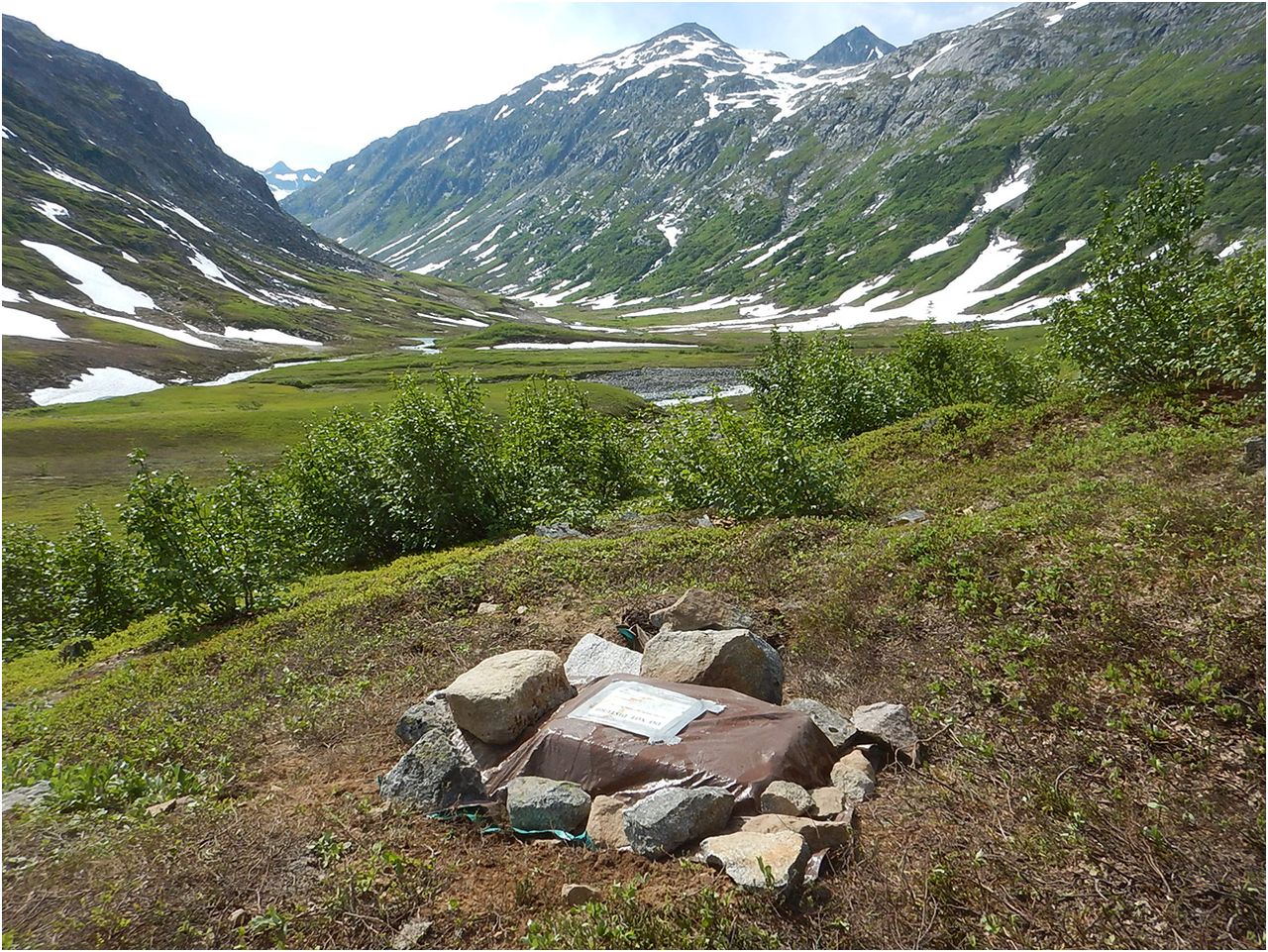 Photo: "Example of station setup at HLC2 just west of Redoubt Volcano and adjacent to the headwaters of Drift River. Large rocks pin the tarp onto the station box, which is the only visible component of the station".