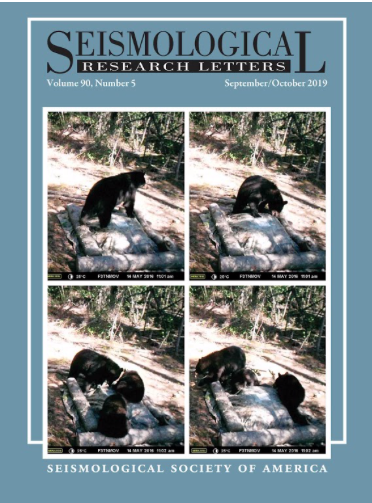 Many animals encounter sites where seismic equipment has been installed but most animals like coyote, lynx, or moose, leave these sites alone after a cursory glance or sniff. In contrast, bears appear to be enticed to visit station sites and investigate the seismic equipment that looks and smells different than their surrounding landscape. Since bears can be found just about everywhere in mainland Alaska, this can be problematic for many Alaskan seismic stations, but particularly for those installed in very remote areas that are hard to get back to. Often the bears will just rub or scratch on the enclosure, which is a best case scenario for the equipment. But sometimes, bears will remove tarps or other coverings, dig up cables and gear boxes, chew into seismic vaults and destroy equipment enclosures, exposing delicate equipment to elements. Even instrumentation or enclosures that are still functional will often have toothmarks or claw scratches. Unfortunately, a few seismic stations are damaged to a degree where they can no longer collect or transmit seismic info, causing the loss of valuable scientific information.

Learn how seismologists are addressing this challenge in the recent blog post "Bear vs. Seismic Stations!"