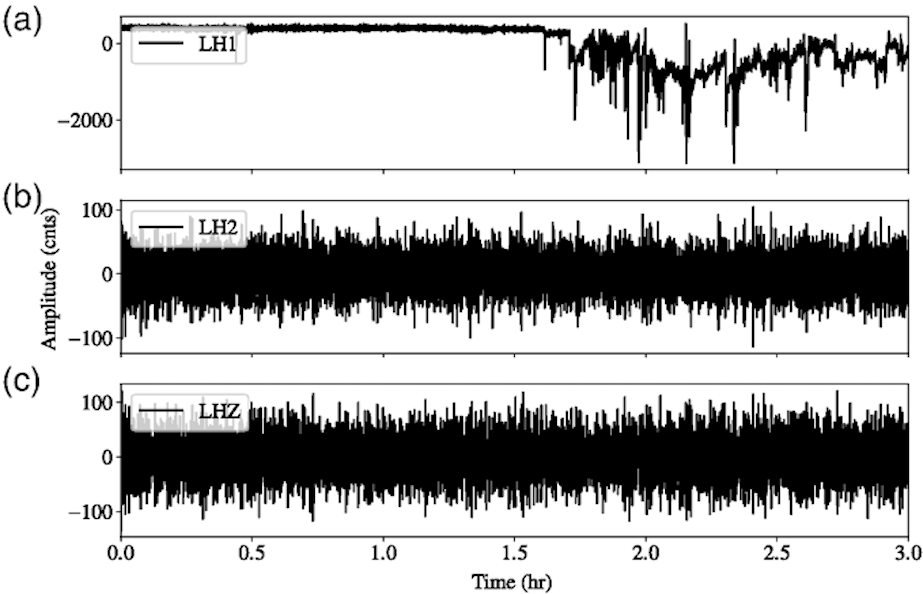 Why do my squiggles look funny?

To globally detect earthquakes, seismometers are designed to be incredibly sensitive instruments.  These instruments are so sensitive that they can record changes in ground motion at atomic levels.

Thousands of these impressive instruments are installed all over the world, often in remote locations where anthropogenic background noise is reduced, to help locate earthquakes as well as warn the public of seismic hazard and possible tsunamis.  These instruments are also used to study volcanoes, nuclear explosions, and landslides.

Image 1: The 150 stations in the Global Seismographic Network (Public Domain)

As impressive as these instruments are, they can sometimes have problems where they no longer record ground motions or these recordings no longer faithfully represent the actual ground motions. 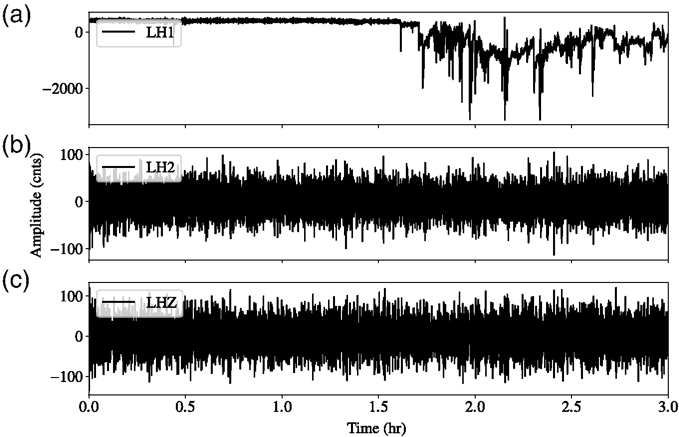 When such issues arise, data analysts report the issues to network operators who schedule the stations for service.  Although nearby stations can be readily visited and fixed, this is not often the case for remote stations, such as those on islands in the Pacific Ocean.  Some problems are obvious, such as a channel producing a large impulsive noise, but other issues can be subtle and not easily discovered. 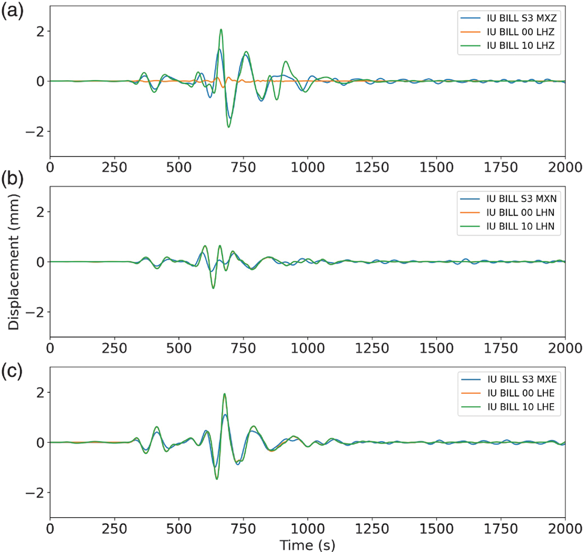 Image 3: A comparison of synthetic waveforms from the M7.8 July 22, 2020, Alaska earthquake (blue), along with the ata from two seismometers in Bilibino, Russia (orange and green).  The north-south and east-west seismometer displacements (panels b and c, respectively) match the synthetic data, but the vertical component data of one of the seismometers are compromised (orange, top), indicating that they no longer is faithfully recording the seismic wavefield.  Figure 9 from Ringler et al. (2021) Public domain.

Because many issues are not easily discovered to the untrained eye, seismologists use synthetic seismograms and Earth’s background signals, such as the surface waves generated by oceans, to identify issues at these remote sites. By doing this, network operators are able to keep a large number of stations running while avoiding unnecessary maintenance visits.  Recently, a number of these funny-looking squiggles have been documented in Ringler et al. (2021).