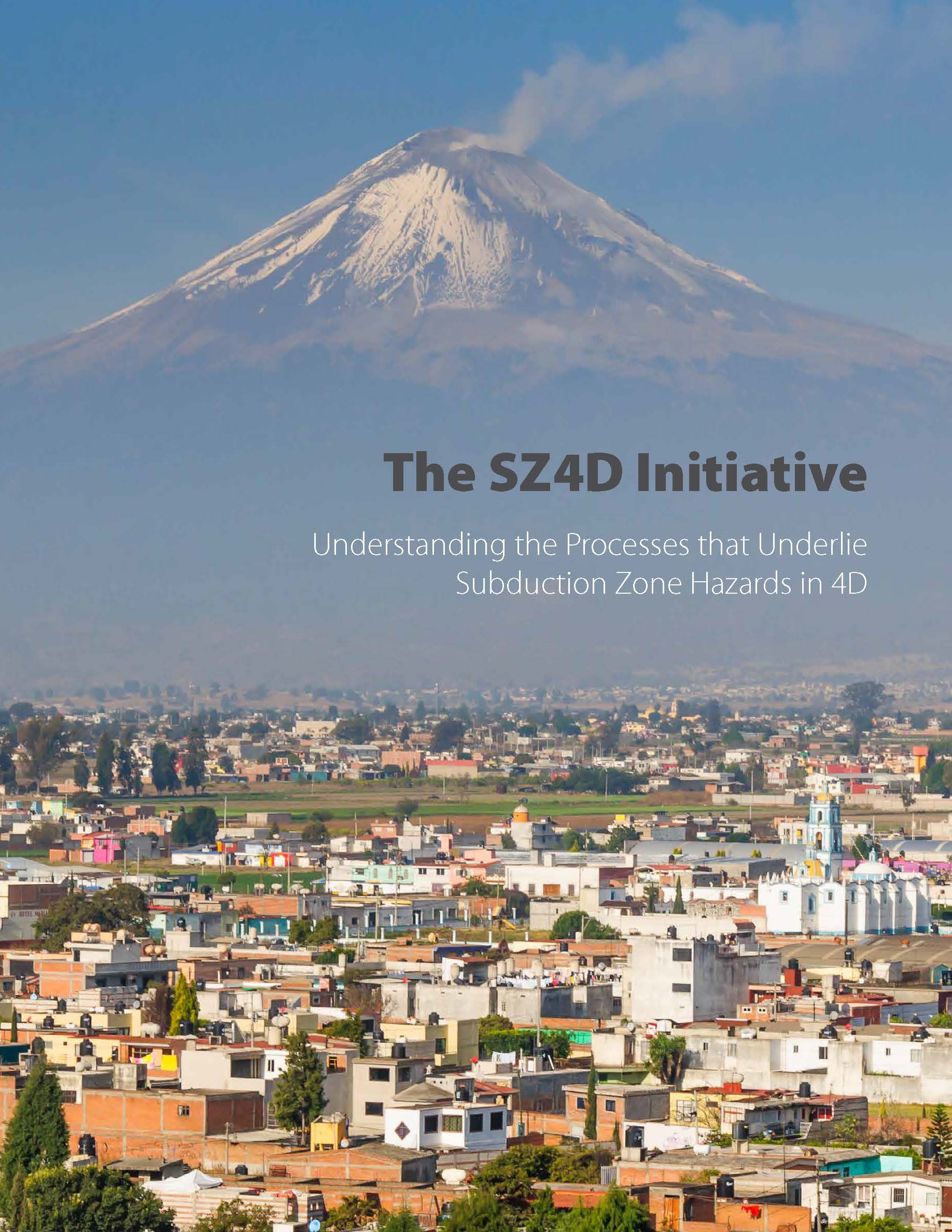 In response to the current energy and optimism for a major push for scientific advancement and risk reduction in subduction zones, the U.S. scientific community convened a workshop in September 2016 to discuss potential Subduction Zone Observatories. The community interest was overwhelming and 243 scientists from 21 countries were able to attend. Many ideas were discussed during the workshop for how best to advance subduction zone science in the coming decade. The scope of subduction zone science is extremely broad intellectually, geographically, and temporally, and the workshop attempted to cover this diverse range of perspectives.

The workshop writing committee has developed a report, “The SZ4D Initiative: Understanding the Processes that Underlie Subduction Zone Hazards in 4D”, that presents the range of views discussed at the workshop on the high-priority science targets, the critical gaps that are holding back subduction zone science, the need for interdisciplinary in-reach and capacity-building outreach, and the promising paths forward that the academic, national agency, and international communities could pursue in the coming years to transform subduction zone science. Taken together, these views lead to a vision for a new SZ4D Initiative to capture and model the 4D evolution of subduction zones.