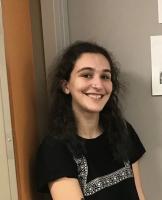 Leah Jaffe is a student at The University of Vermont currently completing her research at Georgia Institute of Technology under Dr. Andrew Newman.

I will be analyzing the effectiveness of using low-budget seismometers to determine earthquake energy and duration. There is currently a network of these seismometers, called raspberry shakes, being deployed across the globe collecting data. I will compare this data to data collected through larger seismic networks such as IRIS by creating plots of the raspberry shake data and conducting statistical analysis. This analysis will be done using python, and earthquake energy will be calculated with the program RTergPy which was developed at Georgia Tech. If the low-budget instruments are found to be useful in collecting the desired information, they have the potential to be deployed in more places than their more expensive counterparts. This wider deployment would be useful in quickly detecting earthquakes at midocean ridges that may cause large tsunamis and give an early warning system for these events.

Looking Back and Looking Forward

Goal: “I want to leave this program with a better understanding of what sort of scientific career I would like to pursue.”

If anything, I think that I have less of an idea of what I want to do, but in a good way! I’ve discovered all sorts of niche careers within the geosciences that I’d never thought about before. The combination of going to research talks, looking for potential grad school advisors, and doing research for my project has shown me that there are a lot of ways to be a geoscientist, and I’m still not quite sure which one is for me. I’ve decided to extend this goal past the summer, and give myself room to make sure that I don’t rush into anything before knowing what I want.

Goal: “One of my main knowledge-based goals for the summer is to improve my coding skills.”

This is something that I’ve seen a lot of self-improvement in. At the beginning of the summer, I needed a lot of guidance to create or modify a piece of code. Last week, I was able to create and run a function completely by myself to create a very important series of graphs. As I was coding, I recognized all the things that I wouldn’t have thought of to do before the internship. I’ve gotten especially good as using pandas (the python library, not the cute cuddly-looking bears) and have been starting to learn how to graph in plotly. I also have gotten comfortable using linux to work with files and using github to share code. These are things that I have very little concept of before the summer, but I now know that I could use in my own projects. 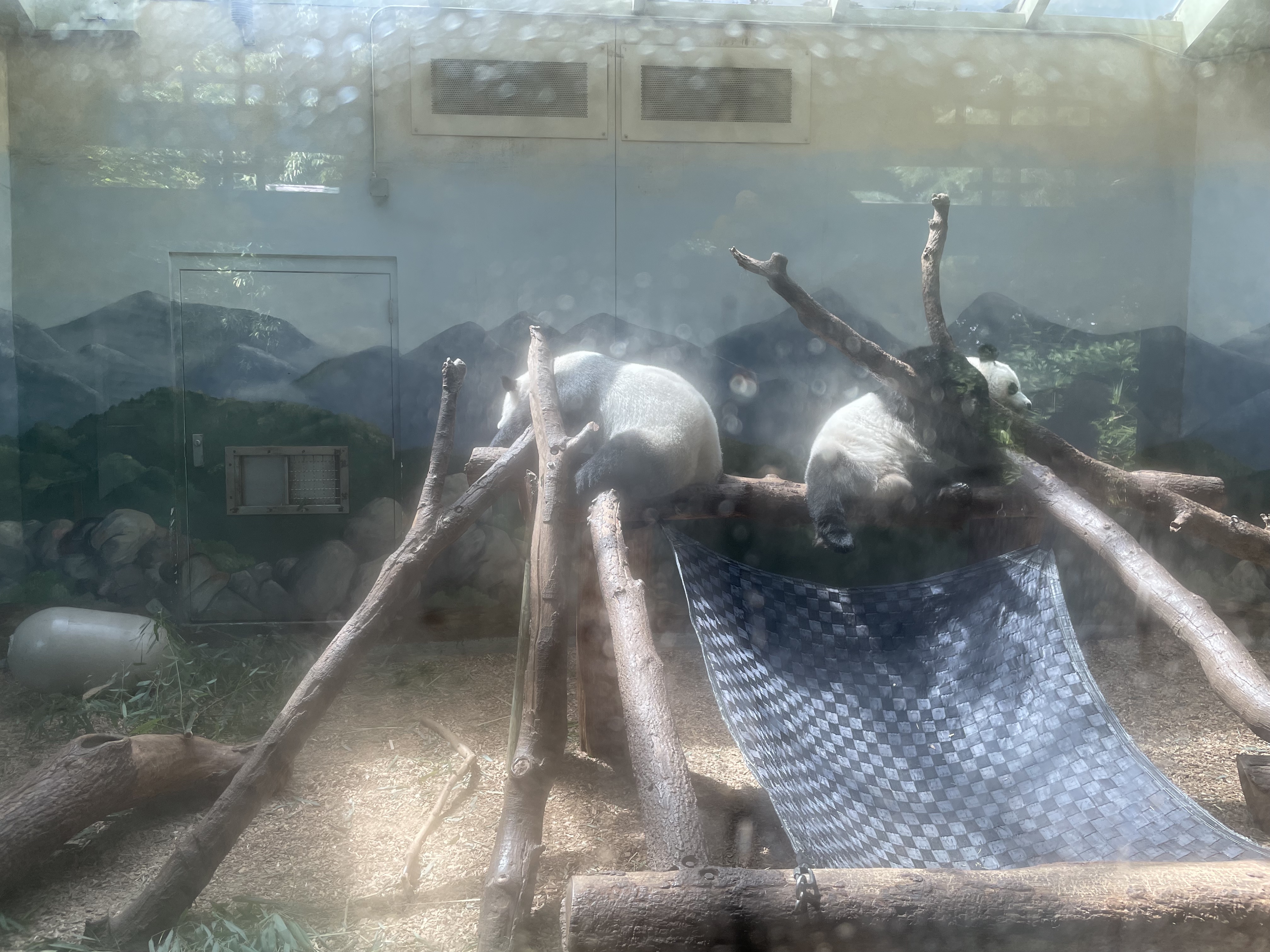 Bonus picture of pandas at the Atlanta Zoo. Unfortunately, they were sleeping (very relatable). 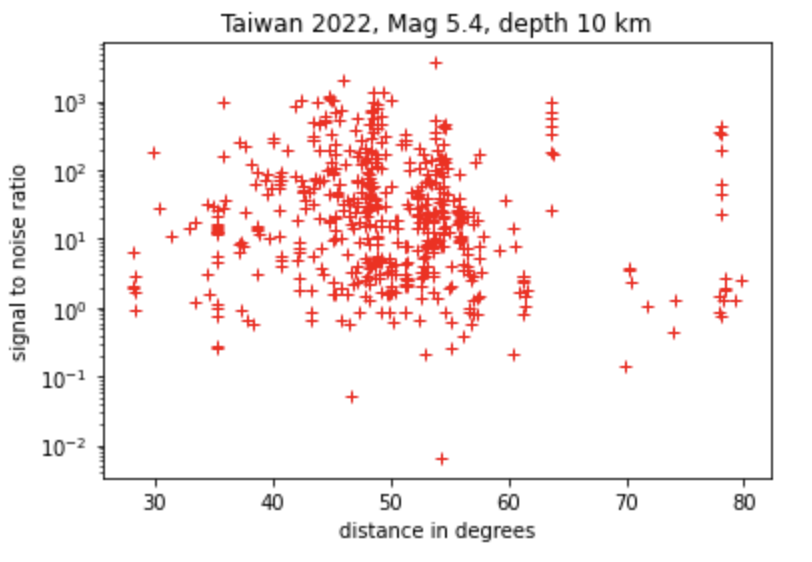 This paper is important because it explains how the code I am using to calculate earthquake energy works. The paper proposes a mathematical method for determining earthquake energy, which the authors argue is more helpful for assessing the resulting damage than moment magnitude is. One interesting result of the study is that strike-slip earthquakes tend to have more energy than thrust earthquakes according to this type of calculation.

Linux Challenges and a Map That I (kind of) Made 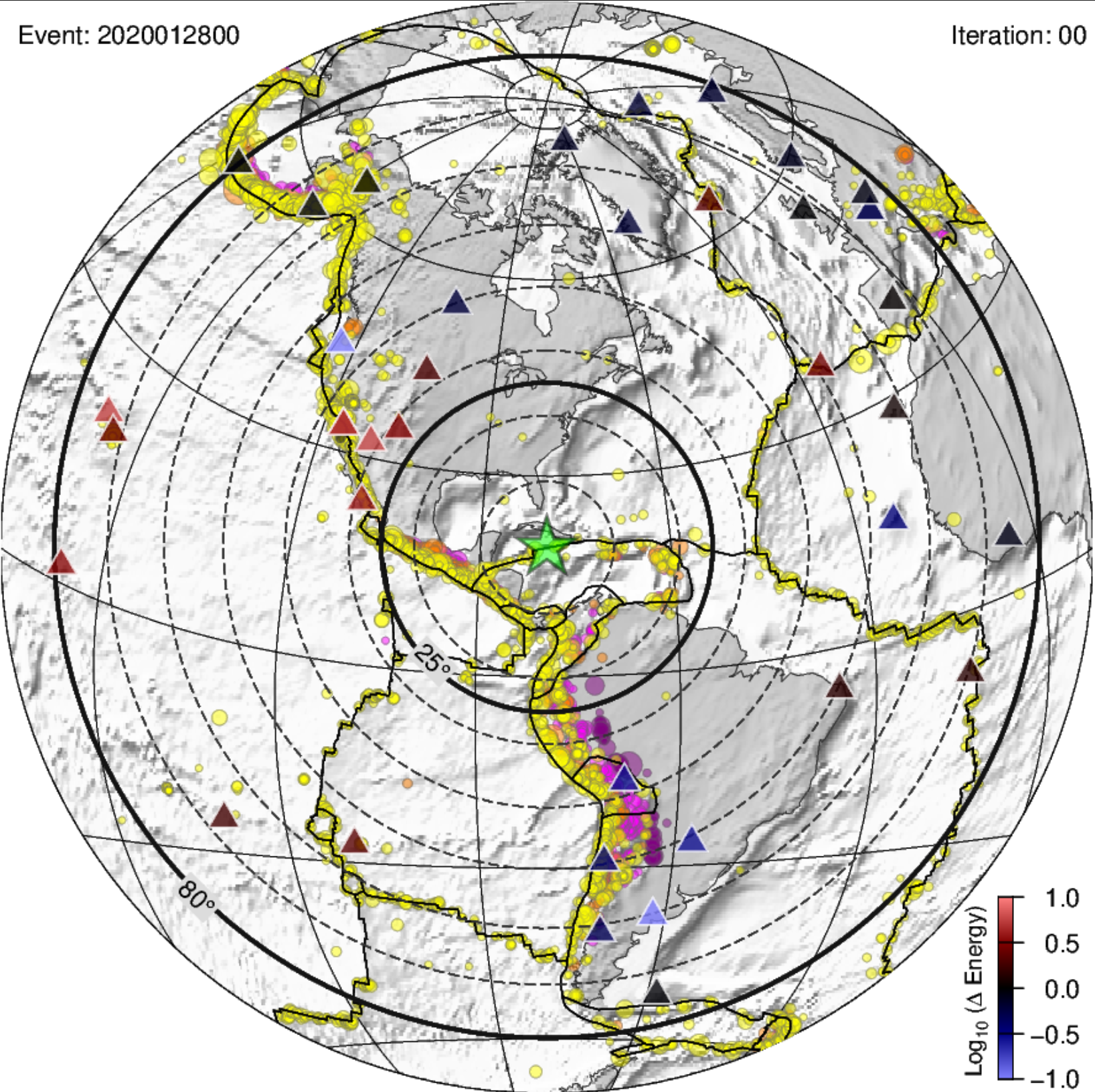 It’s hard to believe that it’s already been over a month since orientation! I’ve been spending a lot of time getting familiar with using linux. I’ve had to do a lot of things in it, from accessing files to running scripts to editing in vim. It’s been a learning curve figuring out which things I can deal with there and which I can’t. I’ve also been working on figuring out which problems I can solve myself (with a little assistance from the internet) and which I’m going to need someone more experienced to help with. That being said, I have gotten better at figuring things out and can run more commands from memory.

The map I’m including is a GMT map I generated from the code I’m working with (created by Professor Andrew Newman, my mentor). The code intakes an event, imports waveforms of the event from nearby stations, and calculates the energy of the event. The map shows the stations used and how their energy calculations vary. The big green star shows the event location. I’m not working in a specific geographic location or with a specific event, so I haven’t really been doing anything with maps.

Writing the elevator pitch made me realize how much I have learned in the past few weeks. At the beginning, I was having trouble figuring out how to describe my project and writing a project description that felt adequately long. Now I had trouble figuring out the most important parts to tell in a short amount of time since there are a lot more parts of the project that I am comfortable talking about. I think that this skill will be especially important when I’m networking with potential advisors and employers, because I want to be able to show that not only have I done research, I’ve learned from the process.

This is the exterior of the building where we work. William already posted a picture of the room we work in, so you can hop over to his blog to take a look at that if you want 😊 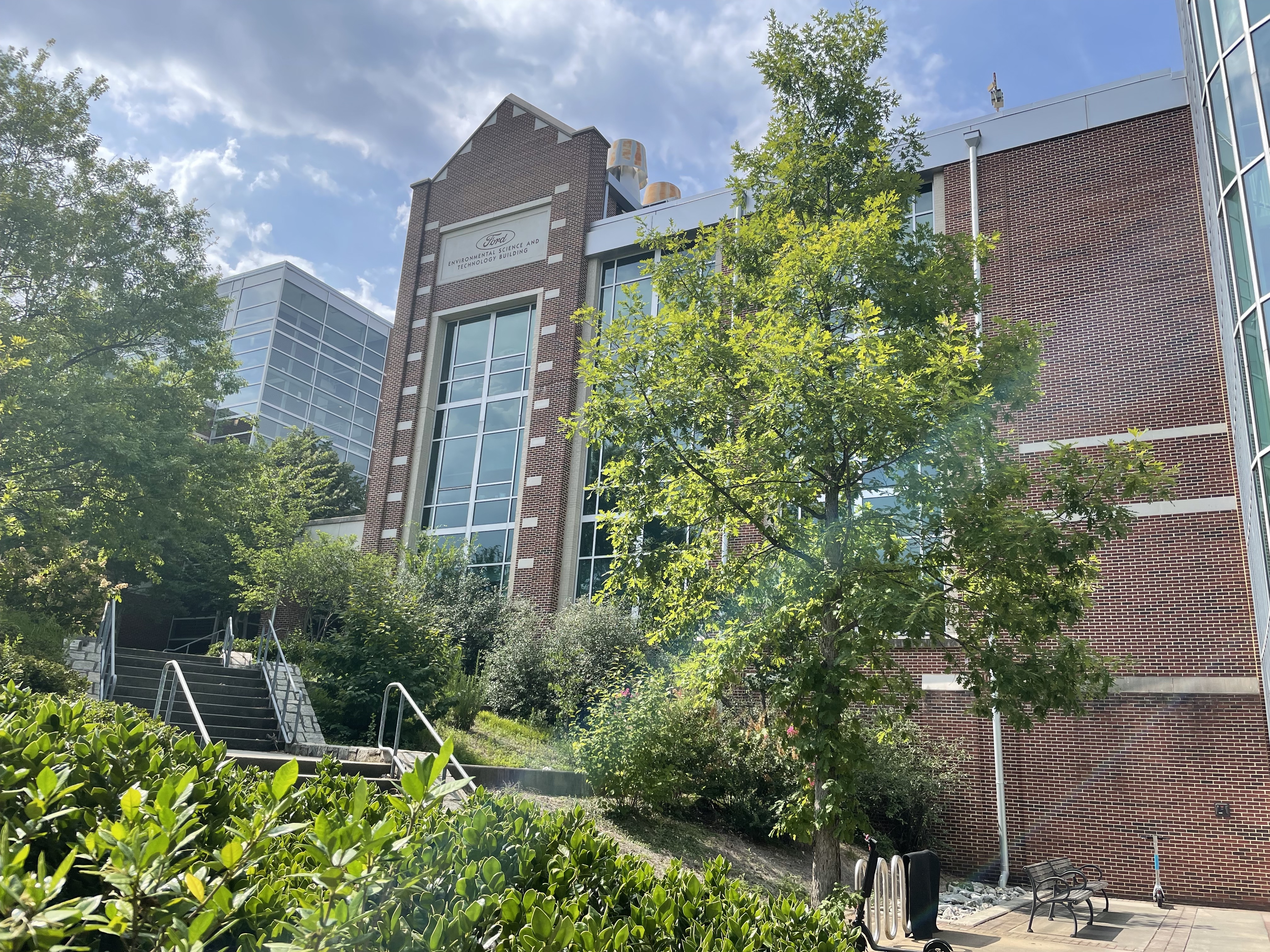 I’m excited to do this post, because data strengths and weaknesses are a key piece of my project. I am working with two sources: waveform data from the IRIS global seismic network and the same format of data from a global network of low-budget seismometers called raspberry shakes. We are considering the IRIS data to be the better dataset, and the seismometers collecting this data are high quality and monitored by professionals. The drawback of these instruments is that they are very expensive, which to a certain extent limits their deployment. Raspberry shakes are much cheaper, but the data that they collect is less precise and is liable to have a lot of background noise. Anyone can buy a raspberry shake and connect it to the global network, so there is an uncertainty as to whether they install the instruments in places away from noise sources. As far as I can tell, I am one of the first people besides my professor who has done much beyond hobby seismology with the data, so there is a lot to do in terms of determining which data to use. I am currently working on a code that finds the signal to noise ratio of waveform traces so we can determine which seismometers have low enough noise levels for us to use.

I would like to improve my ability to recognize and understand research problems, specifically figuring out the next step in the research problem. This internship is the first time that I’ve done research, so I still am learning about how the research process works. One of the biggest mental transitions I’ve been adapting to is not just taking in information that’s been verified by someone else but thinking about what information has yet to be found. To improve this skill, I am trying to pay attention to the points of confusion I have while working on this project and think about whether they might be related to bigger uncertainties waiting to be resolved. This is an important skill, because creating relevant research depends on having good questions to pursue.

Goals for the Summer (and Beyond!)

I want to leave this program with a better understanding of what sort of scientific career I would like to pursue. My home institution doesn’t have a geophysics program, so I don’t have that much exposure to what seismologists do day to day and what niches there are in the seismology and geophysics communities. After this internship, I want to be able to look at graduate school programs and understand what the available research is and whether it’s something I’m interested in. At this point I know that I want to go to graduate school in the earth sciences, but I still am unsure of the exact subject and methodology that would suit me. To accomplish this I will not only have to focus on my project, but also invest time into reading papers, going to talks, and networking with other researchers.

One of my main knowledge-based goals for the summer is to improve my coding skills. Coming into the program I am familiar with the structure of python and basic functions, and by the end of the summer I want to be able to create my own codes for analyzing geophysical problems. I specifically want to become confident in using Obspy for processing waveforms. to be anything advanced, but I’d like to be able to work on code without constantly referencing other code. In the three and a half weeks I've been here I've already seen my coding skills improve as I've completed basic waveform analysis.