AfricaArray plans to run its Ninth Annual Workshop at the University of the Witwatersand, including a regional scientific meeting on January 20-21 and a training course for AfricaArray station operators runningh through the end of the month. The draft program is posted on the AfricaArray web site.

Several days after the IDS's 2013 ASI in Santo Domingo, la cronica del Quindio – the principal newspaper of Armenia, Colombia – published Ingeniero quindiano participa en evento mundial sobre efectos de terremotos, an article about the participation of native son Fabio Upegi Botera. The article explains the aim of the PASI, the benefits from international scientific cooperation, and the importance of microzonation in urban areas. Fabio, now a student at the University of Puerto Rico, Mayagüez, has also a participant in IRIS's 2011 PASI in Quito, Ecuador.

IRIS IDS Committee congratulates IRIS member Dr. Hugo Yepes, Director of the Instituto Geofisico, EPN was awarded the Frank Press Public Service Award of the Seismological Society of America for his exceptional contributions to earthquake and volcano science, emergency response, and professional development, both in Ecuador and more broadly.

A New York Times article on the earthquake's impact on Haiti's educational institutions.

2008 Dec: A World of Science in the Developing World 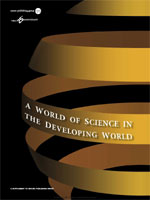 Nature published a supplement titled A World of Science in the Developing World prepared by The World Academy of Sciences (TWAS), on the occasion of the TWAS's 25th anniversary, that examines a range of critical issues in science and development currently being faced by developing countries. Free access to the supplement is available at www.nature.com/twas. 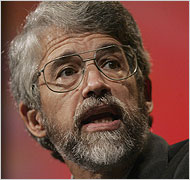 President-Elect Obama announced that he intends to appoint Holdren as his science advisor, with the title of special advisor to the president, which is a higher-level appointment that President Bush's science advisor and effectively makes him the equivalent of a member of the President's cabinet. Science and Tecnology for Sustainable Well-Being (Science, January 2008) is an adaptation of Holdren's address at the February 2007 meeting of the American Association for the Advancement of Science as outgoing president of the AAAS. In his address, Holdren advocated the use of science for international development. 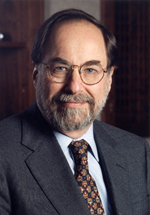 A Global Perspective on Science and Technology in the October 24 issue of Scienceis an essay by David Baltimore adapted from his address as the 2008 February AAAS Annual Meeting at the end of his term as president of AAAS. Baltimore summarizes his observations of what types of efforts in scientific development succeed and fail in five rules

Making One World of Science is the guest editorial in the October 24 issue of Science by Mohamed Hassan, executive director of the Third World Academy of Science. Hassan suggests that the "science-poor South" has split into the "surging South" and the "stagnant South", with the scientific surge among limite to very few countries. Hassan give examples of how scientific development in other less developed countries could have benefits worldwide.

The Natural Hazards Center at the University of Colorado has posted a new issue of its on-line Newsletter.

ICSU's Strategic Committee on Information and Data (SCID) has produced a report that explains the basic idea of a "World Data System" (WDS) to provide a system that makes the collective holdings and services of the World Data Centers and "Federation of Astronomical and Geophysical Data analysis Services" (FAGS) more visible and jointly accessible (replacing the largely stand-alone activities of the existing centers with only ad hoc coordination) and to better coordinate with international non-ICSU data activities, such as GEOSS. ICSU plans for the WDS are largely complete and ICSU expects to appoint a WDS Transition Team at its General Assembly on October 21-24. In the SCID report,

At its 23rd Workshop on October 2, 2008, the Disasters Roundtable considered the role of the U.S. in global disaster reduction. The focus was on extant efforts and new challenges, such as the pattern of spiraling disaster losses seen in many countries, which relevant U.S. institutions and organizations face in attempting to play a leading role in reducing disaster vulnerability world wide. Seismological contributions from the US were described by Bob Woodward, who reminded the DR about IRIS's facilities and described the recommendations from IRIS's "Out of Africa" workshop. Presentations at the workshop by Bob Woodward, Brian Tucker (Geohazards), David McKinnie (NOAA), Carrie Stoke (USAID) and others are posted on the NAS DR web site.

The World Bank's Independent Evaluation Group released its Annual Review of Development Effectiveness. The complete report and associated material can be downloaded from a World Bank web page. The Executive Summary includes an emphasisis on the incompatibility between the Bank's "country model" of funding to achieve "Global Public Goods", such as mitigating global warming, and recommends establishing new mechanisms to support such efforts. The complete report notes that there are similar concerns regarding "Regional Public Goods". In addition, the complete report notes that "The recently announced credit line to deal with catastrophes, such as earthquakes and hurricanes in MICs, directly reflects IEG's recommendation that a new mechanism be established to meet urgent needs in the early days of a disaster response."

The NSTC Subcommittee on Disaster Reduction (SDR), chaired by David Applegate, plans a hearing on the implementation plans it published this year, representing the culmination of a multi-year inter-agency process. The implementation plans address the Grand Challenges that were identified in an SDR report published in 2005. IRIS is a co-sponsor of a lunch time reception before the hearing.

The September 9 issue of Eos includes a cover story about the possibility of rapidly acquiring new SAR images after a major earthquake for comparison with previously collected imagery to make improved slip models that could aid targetting in disaster relief efforts. To what extent might IRIS help foreign networks cooperate with satellite agencies for this purpose?

An article in Science described a new center in AAAS on Science Diplomacy, headed by Vaugh Turekian and advised by Norman Neureiter. The article also mentioned a Congressional hearing on the same topic on 15 July, with testimony by AAAS director Alan Leshner and NAS International Secretary Michael Clegg.

The International Council for Science has a Planning Group on Natural and Human-induced Environmental Hazards and Disasters, which has released a science plan on "Addressing the challenge of natural and human-induced environmental hazards". The executive summary explains that the "ICSU Priority Area Assessment on Environment and its Relation to Sustainable Development (2003) and the ICSU Foresight Analysis (2004) both proposed 'Natural and human-induced hazards' as an important emerging issue. The executive summary of the ICSU Priority Area Assessment on Capacity Building in Science (2005a) stated that a great challenge is 'a development problem ... the widening gap between advancing science and technology and society's ability to capture and use them.' It is the assessment of the ICSU Planning Group that, despite all the existing or already planned activities on natural hazards, an integrated research programme on disaster risk reduction, sustained for a decade or more and integrated across the hazards, disciplines and geographical regions, is an imperative. The value-added nature of such a programme would rest with the close coupling of the natural, socio-economic, health and engineering sciences."

The Natural Hazards Center of the University of Colorado published a new issue of the Natural Observer, with short items about the April 2008 Illinois earthquake and the USGS's new Uniform California Earthquake Rupture Forecast.